Is a CEO’s Role to Maximize Profit or Work towards the Greater Good of Society? 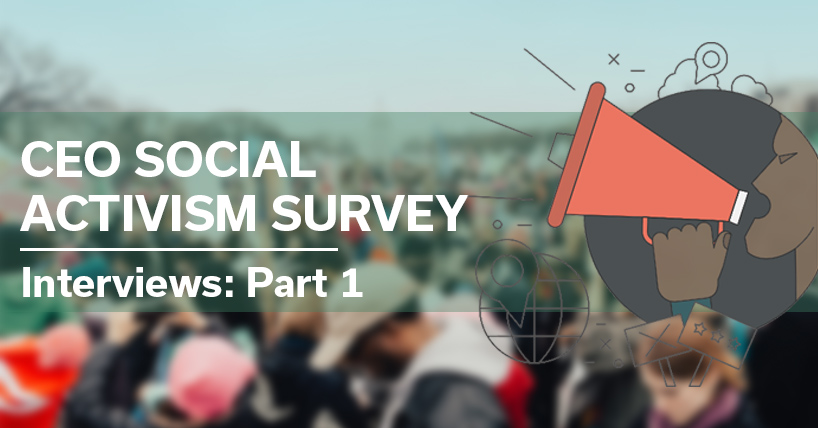 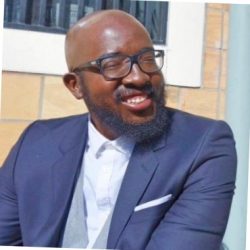 Meet Alain Kapatashungu, CEO and Founder of Frontdoor. Born in Africa, now living in Paris, Alain survived the genocide in Rwanda.  His family fled the country, and lost many family members who stayed behind.  Alain is passionate about immigration, and is unequivocally committed to acting on that passion. “If things are going wrong, a group of people is being treated unfairly – I can’t say ‘it doesn’t touch me, I’m just building my company.’ My role is to go out and speak out.  As a leader, as a CEO, you have to make sure everyone around you is moving forward.”

Alain is typical of the CEOs I interviewed following our survey about CEO social activism. (Read about the CEO Social Activism survey results.) For the survey, we reached out to a large group of CEOs, representing a diverse group of companies in terms of corporate size, philosophy, products and services, and longevity. CEOs who completed the survey had the option of volunteering for an in-depth interview where they could share more of their thoughts.

Recognizing that we are living in truly unprecedented times with a general sense of heightened anxiety and increased polarization, it was reassuring to see how quickly, and enthusiastically, these CEOs volunteered to talk further.  Clearly, our survey caught their imagination and fed something important in them. They wanted to talk more about it.

Putting Yourself on the Line

The majority of the CEOs I spoke with felt strongly that their position as a leader included a responsibility to affect social change.  While they focused on different reasons for this perspective, their bottom line on the bottom line can be summed up by Marissa Levin, CEO of Successful Culture, who simply said: “I need to be able to look at myself in the mirror at night and know I went with what I believe.  Leaders have the responsibility to lead.”

Like Alain, Eder Holquin, CEO of oneQube, has a story that movies are made of.  An immigrant whose path is truly one of rags to riches, Eder embraces a responsibility “to make a difference.”  In his case, immigration is also a central issue – and one that he says both carries significant risk and is critical to his financial bottom line.  “Changes in immigration impact my business.  We rely on people coming from other countries with skill sets we can’t find here.“  Because Eder sees the U.S. as “the land of dreams, where immigrants can come the way I did and achieve their dreams,” he believes “you have to make your voice heard regardless of the consequences.”

CEO Gary Fredericks, who runs OnPoint Legacy Education network, expands the role of responsibility to all leaders, not just CEOs, “to be enlightened and show the way.  It’s important that people act on what they believe in.”  Taking it one step further, Fredericks allows that while his job is to protect his company and its workers, there is also a responsibility to the community.  As a result, Frederick says, “I don’t think CEOs can ever do enough to address social issues. You don’t just complain about a problem, you go in and fix it.”

Vera Pell, CEO of Dakotah Media Group echoes this sentiment, and told me in no uncertain terms – “If you want change, you have to be part of it.  You have to put yourself out there and lead the change.”

As Alain said, there is a risk to taking a stand, but “being a leader means being constantly in an uncomfortable position – it comes with the territory.”

It’s About the Bottom Line

While the scales leaned heavily toward social activism being central to a CEO’s position, regardless of political or philosophical views, there were CEOs who disagreed.

CEO Mike Smock of Distributed Security believes his role “is to stay completely out of social and political issues.”  Instead, Smock is committed to maximizing profit and distributing that profit fairly to employees and shareholders, “who can then contribute toward or volunteer for causes and issues they support individually.”  He believes “the enterprise should never adopt a positon on an issue, a candidate or a cause, unless it directly threatens the life of the enterprise.”

Others agreed, with comments such as that the CEO’s role is to “remain neutral” or “business is best kept separate from social policy – same as church and state,” and most definitively, “as a CEO, no emotional involvement should be there.”

CEO opinions ran a broad gamut between Alain, Eder and Mike, and scaled from black and white through various shades of gray.  There were many CEOs who, like Zvi Band of Contactually, warned that while a CEO is in charge of corporate culture, and that the values a company envelops can easily lead to social activism, these issues can become a distraction for the core mission of the business, and require that the CEO “tread carefully and remain mindful of the bottom line – even if it’s a double bottom line.”

Some stressed the need for tact, concern for opposing views, and trying to remain non-partisan. Others felt activism was only okay if it supports financial impacts.  Noting the unique and growing impact of social media – and the ugliness and hatred that can transpire in social media – Marissa stressed that leaders must be aware of their influence, commenting that “leadership is a tremendous responsibility.  Every message counts.”

Similar to Zvi Band, Bruce Gregoire of WiseGuys Marketing treads lightly on the question of social activism.  “My stock answer for this type of question is ‘it depends.’”  Acknowledging that taking a stand on certain issues is “dicey,” Gregoire agrees that a CEO does have a responsibility to speak out on “a public issue that relates to the business and commerce aspect of profitability. I recall the old phrase ‘the business of America is business’. To me, being a business leader in America means providing leadership for the sake of not only business, but for a civil and humane society.”

Many of the CEOs made the point that corporations are made up of people and people are impacted by social issues, so social issues impact the corporation.  Taking it one step further, most agreed that while it may not be easy to quantify the impact of social activism, it plays a vital role in a company’s culture.   At the same time, CEO Bruce Hurwitz of Hurwitz Strategic Staffing articulated the real risks of social activism, and set up my next blog post, by saying “at the end of the day, 1/3 agree, 1/3 disagree, and 1/3 won’t understand why you are speaking up.”

What are the risks – and benefits – of social activism?  More from our CEOs on this in our next blog post: CEO Social Activism: The Benefits & Risks of Speaking Out