Your Customers Are Watching You 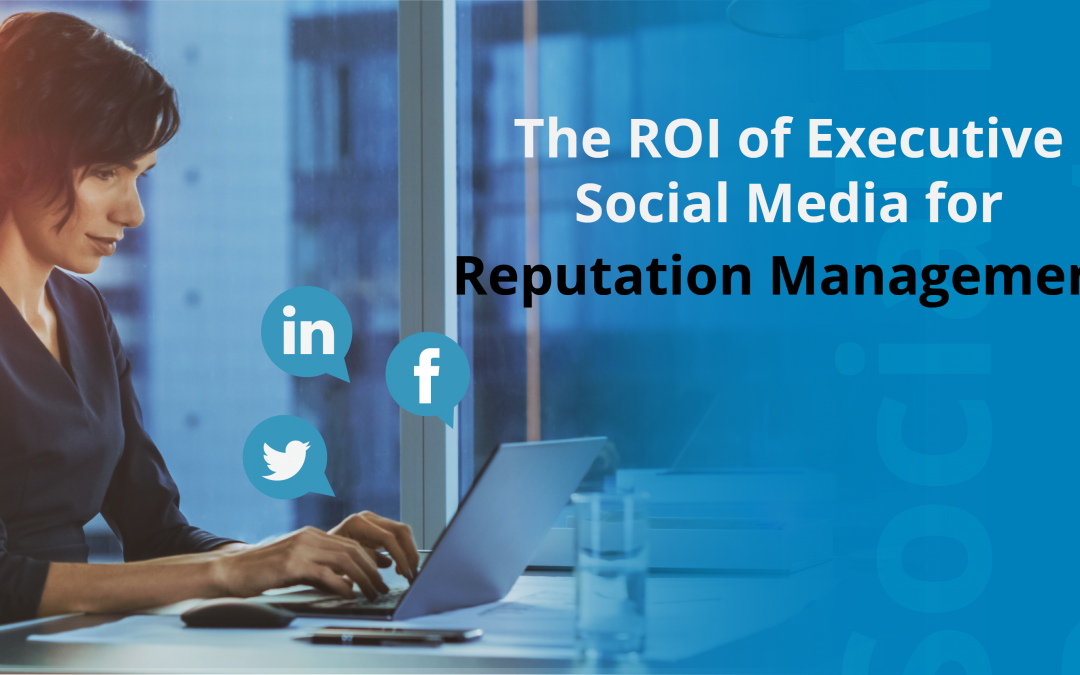 More and more people are using the internet to make purchasing decisions — but they aren’t just comparing product information. Three important customer segments in particular (women, millennials, and the Chinese) are increasingly following executives on social media and forming opinions that influence who they buy from.

A recent Gold Paper from the International Public Relations Association (IPRA) titled The Changing Face of Executive Reputation confirms that social presence and executive influence are becoming more closely linked. After surveying 6,200 employees across the U.S., UK, China, Italy, Spain, and Australia, the researchers found that the online reputation of a C-level executive has a significant influence on the perception of that executive’s organization and can ultimately impact business and purchase decisions.

Who Cares Most about Executive Reputation?

Certain populations are more likely than others to be influenced by what they read online about an executive.

How to Manage Executive Reputation with Social Media

To connect with these core audiences, leaders need to actively participate in delivering information via their social media channels — both through content and authentic conversation. Here are three recommendations for creating an effective reputation management plan for any organization:

1) Start with Your LinkedIn Profile

To make your online presence as compelling and rich as possible, optimize every section of your LinkedIn profile — starting with your headshot and background graphic.

Your headline is the place to showcase a slogan for your personal or company brand, so maximize the impact with SEO-driven keywords.

The About, Experience, and Accomplishments sections provide you with more opportunities to position yourself as a leader in your field and share your expertise with your chosen audience.

Remember to always be authentic. Executive communications that are perceived as human and accessible work best for successful reputation management and will deliver the biggest benefits to your company.

2) Share Your Opinion on Causes that Are Important to You

A highly visible C-suite executive carries a responsibility to communicate with greater purpose. When articulated effectively, standing up for what you believe in by sharing those thoughts on social media can result in significant business benefits.

The IPRA survey revealed that over one-third of the respondents said they were more inclined to buy from a company if the executive they follow on social media takes a public stand on social issues. This was particularly pronounced in the UK, where almost half of respondents like to see business leaders take a position on social issues online and are more likely to buy from those companies whose senior executives do so.

3) Engage with People Who Matter to You and Your Business

The most highly regarded executives are seen as trustworthy and relatable — two characteristics that are significantly impacted by authentic interactions with others.

When you’re on LinkedIn and Twitter, take note of what people are saying about your interests and your industry, and respond thoughtfully when appropriate. Comment, pose questions, and weigh in on timely news or current issues to start interesting conversations that increase transparency and can boost your reputation.

Building an intentional online reputation management program is not only good for a company’s CEO and C-level executives, it also delivers significant ROI.

Research shows that real growth comes from effectively connecting with the people who invest their time and interest in your company and your company’s leadership team.

Almost two-thirds of the survey respondents said they would be more likely to recommend a company or brand if they followed a company executive on social media. They also said that if they follow a senior brand or business executive on social media, they would be more likely to buy from that executive’s company. This indicates a major shift from executive reputation management as a second-tier priority to becoming a clear financial must-have in any organization’s digital plan.

The Bottom Line: Developing and investing in digital executive reputation management is no longer an option, but a necessity. Once thought of as a tactic for individual gains (think “celebrity CEO” status and career building), executive reputation management is now crucial for how an entire organization is perceived, both internally and externally, and can drive business results when executed effectively.

Manage your reputation on social media to reach your desired audience, and business will follow.