What You Need to Know About Social Sharing 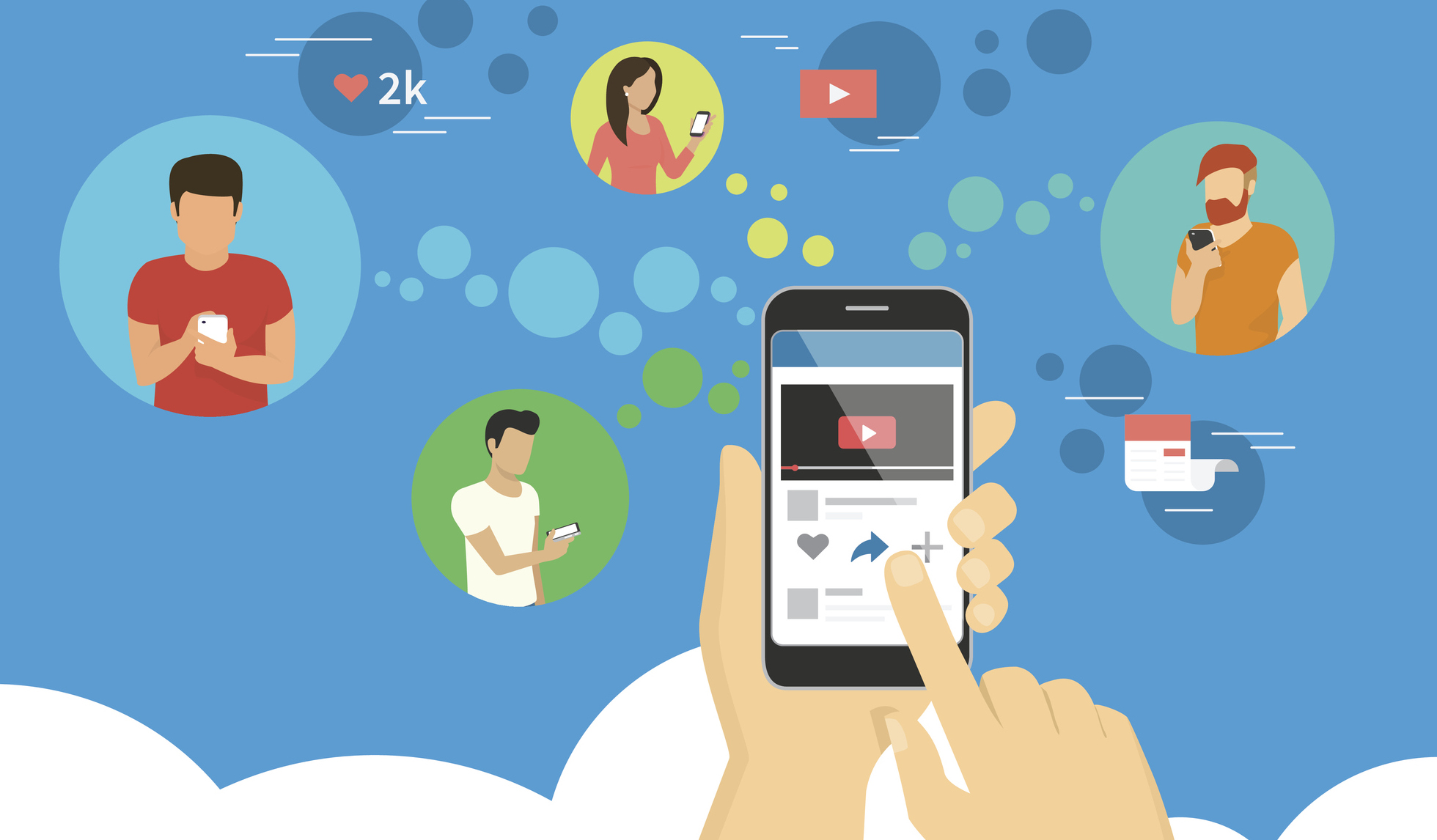 That’s a lot of content competition vying for your attention and sharing.

And yet, BuzzSumo found that social sharing of content is half what it was in 2015.

So in one corner, content continues to grow exponentially, trying to get in front of its audience. In the other corner, social sharing is shrinking. How can anyone hope to get their content seen and shared?

It requires putting more effort into social updates that compel people to click and share. Here are seven tips to widen your reach and engagement on social media.

Instead of simply sharing the content, add your own note to enhance the article’s information, make it catchier, and show thought leadership where possible. Your note can explain who should read the content and why.

Skip saying something like: “Check out our new blog.” Focus on answering what’s in it for people who read it. 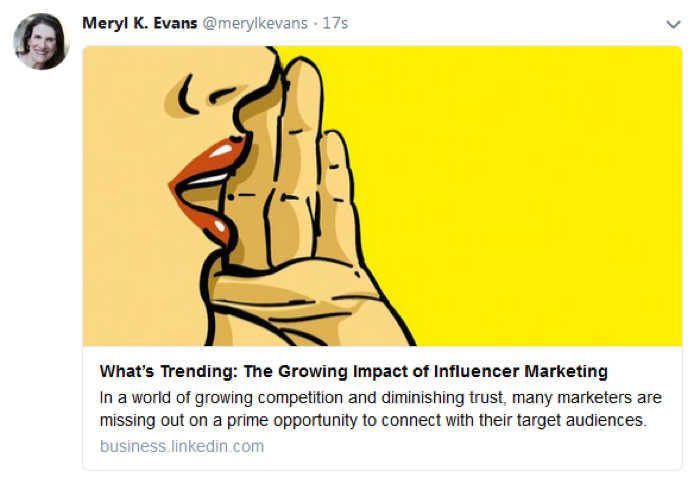 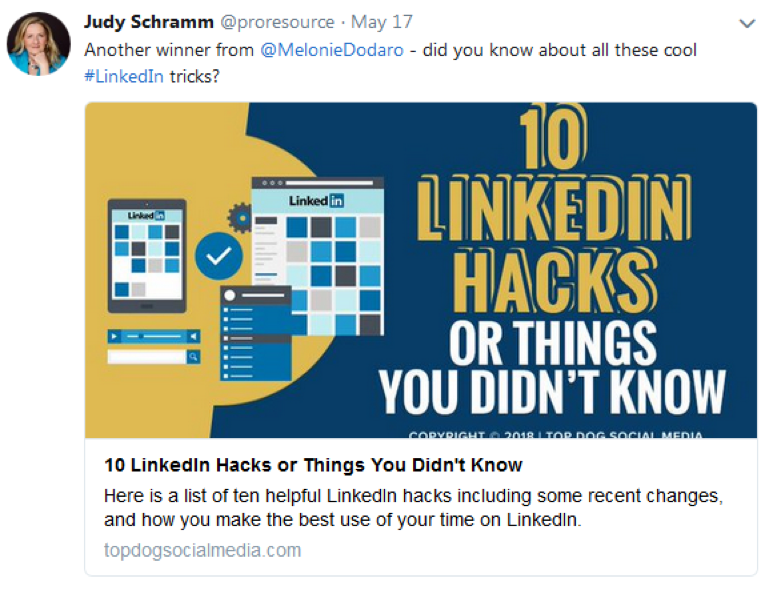 The intro on the following post arouses a person’s curiosity. 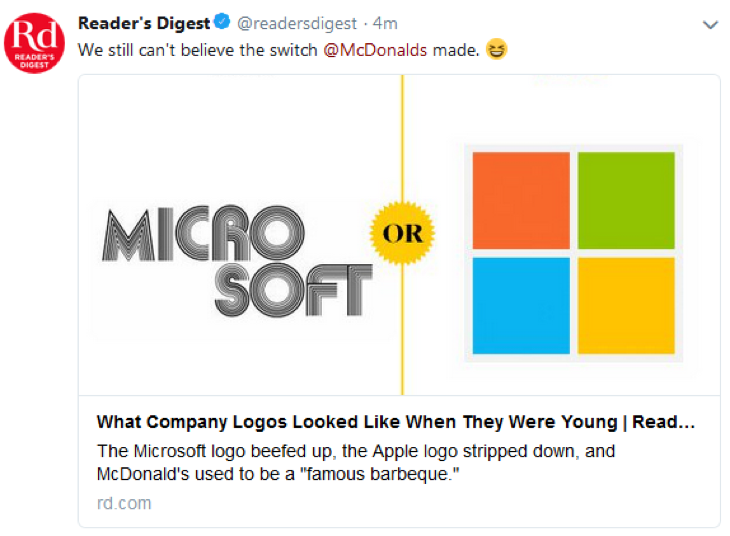 In the next one, Daniel Pink gives away four of the six tips that are listed in the article. To jazz it up, write “4 of 6 tips” to induce people to click for two more. 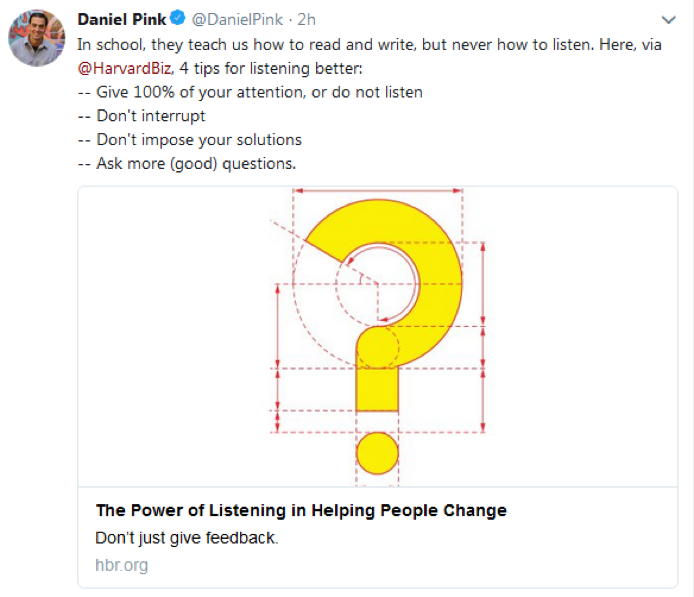 Even if you retweet (RT) someone, add your thoughts. The next image is the original tweet, followed by an RT with a comment added. 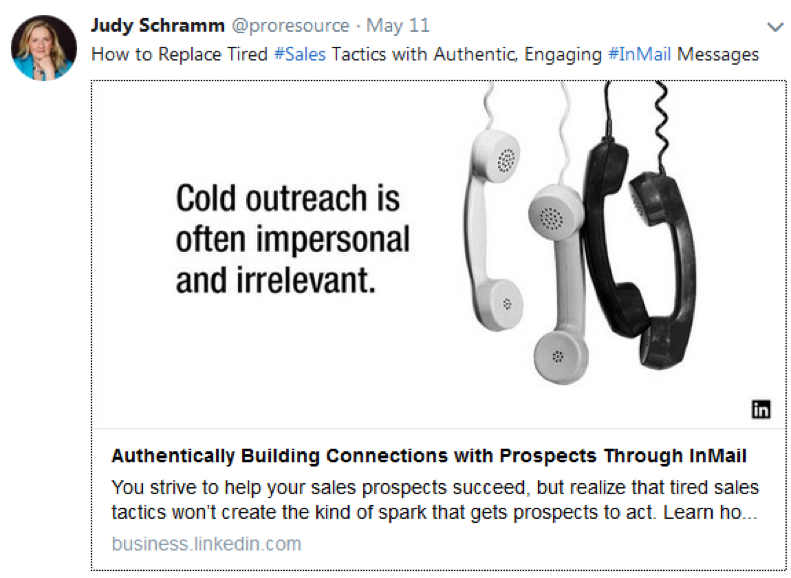 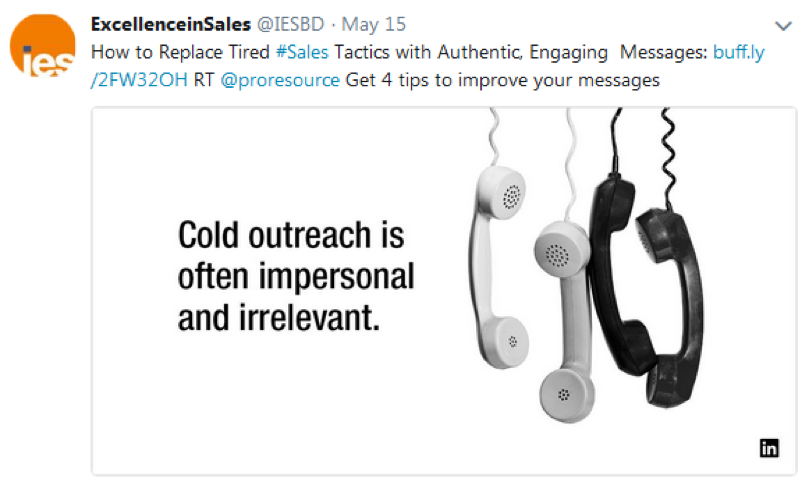 This is an example of pure RT with no comment. The RT shows the avatar of the original tweeter in your timeline. You want to avoid having too many of these in a row: 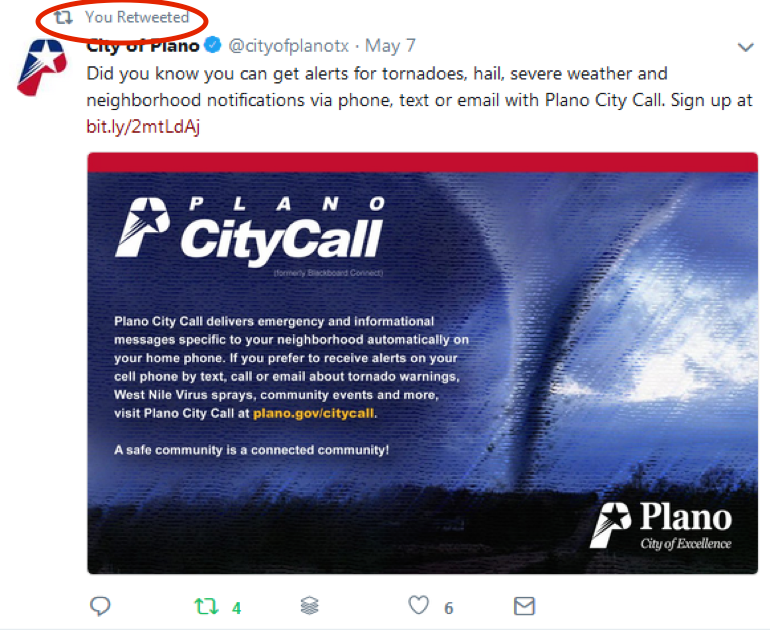 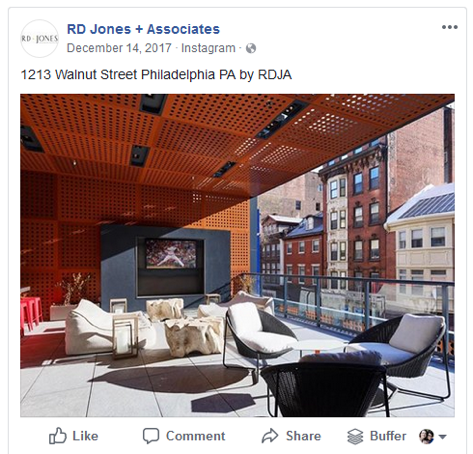 This shared video on Facebook has no intro. Notice the content below the video appears faint. People often don’t read this part, so it’s vital to include an intro. 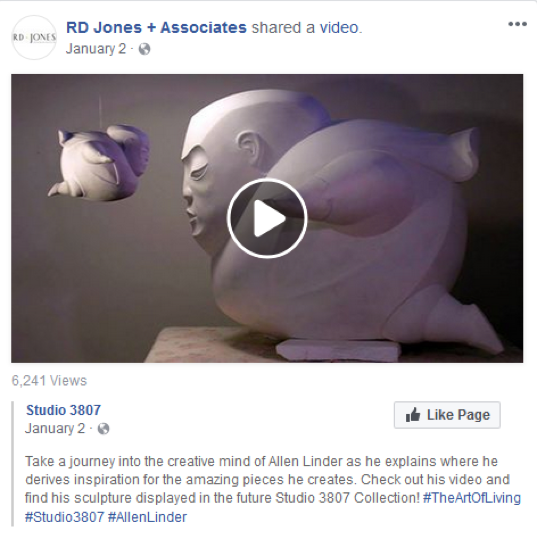 In this example, the person added a comment — but it’s the same as the title in the article preview. Even if the title is smashing, you want to avoid having the same content in both places. 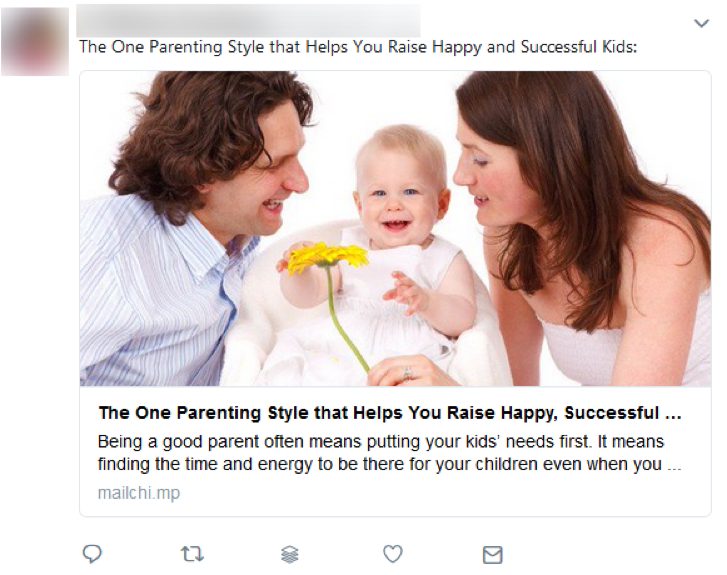 In some cases, the article preview with the title, intro, and image does not show up. When this happens, it’s ok to use the catchy headline in your own intro.

In the following example, there is no preview. But it has an original introduction since the image contains the post’s title. 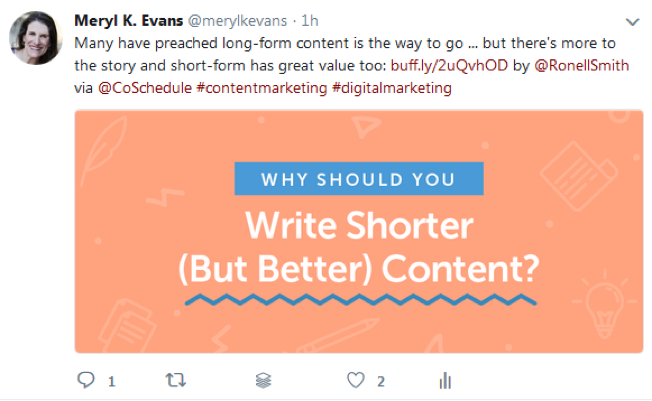 Updates with images outperform those without. If an article does not have an image, go to any one of the many free photo websites to get one that fits the update.

This post did not have an image. Meryl Evans found one and added it to the tweet: 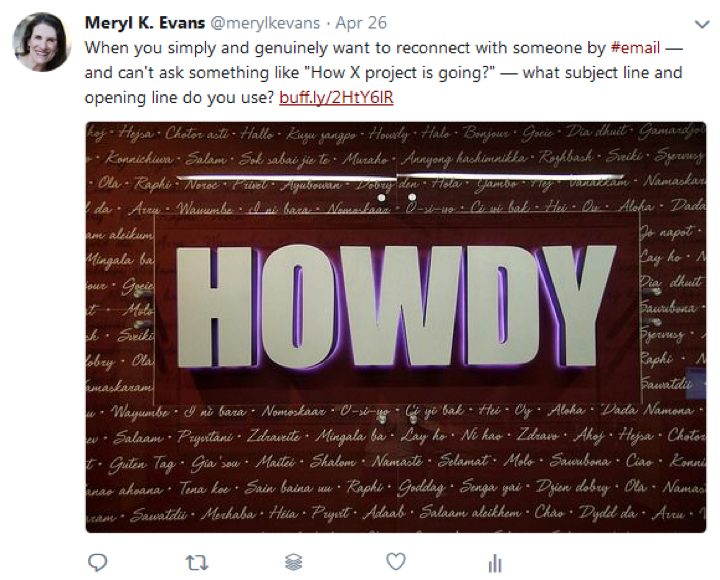 The following post didn’t have an image, which makes it harder to notice while scanning tweets.

Your company may have preferred hashtags it wants used. If you don’t — or if you need more — Instagram is a great place to research hashtags. You can see how many times a hashtag has been used and get an automatic drop-down menu when you start typing (like in the following image).

Mix up common — but not too common — hashtags with less common ones. #Apple and #AppleWatch, for instance, have been used too many times. Anyone using these hashtags in their posts will have a lot of competition. 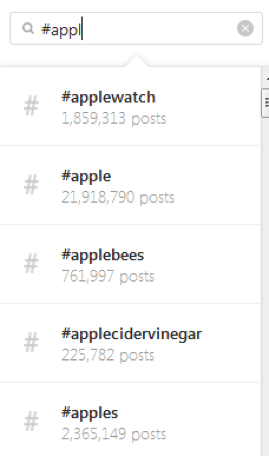 Keep typing, and you’ll see the number of posts decrease. Just don’t go too small. Using hashtags that are popular, but not overused, increases the chance of your update appearing in searches with less competition. 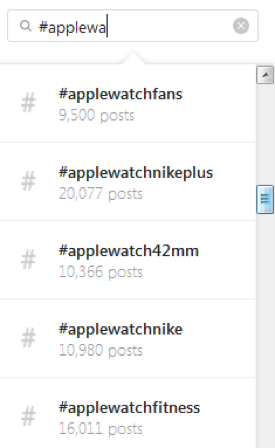 The best practices for hashtags continue to evolve. In the past, LinkedIn didn’t turn hashtags into clickable links. Now it does. At one point, 11 was the magic number of hashtags to use on Instagram. Now there are rumors that it could hurt to include that many.

Some blogs have an auto-post feature. For example, whenever the blog publishes a post, its CRM automatically tweets an update and posts on Facebook. Then, a person tweets or adds an update. When people visit the company’s Twitter page, it looks like the company is spamming when it posts its own article back-to-back. To keep this from happening, turn off the auto-post feature. Here’s an example of what back-to-back posting can look like:

The following two tweets refer to different articles, but they use the same image. Someone scanning through posts is going to assume they’re the same article, hence it’s important to change the images. 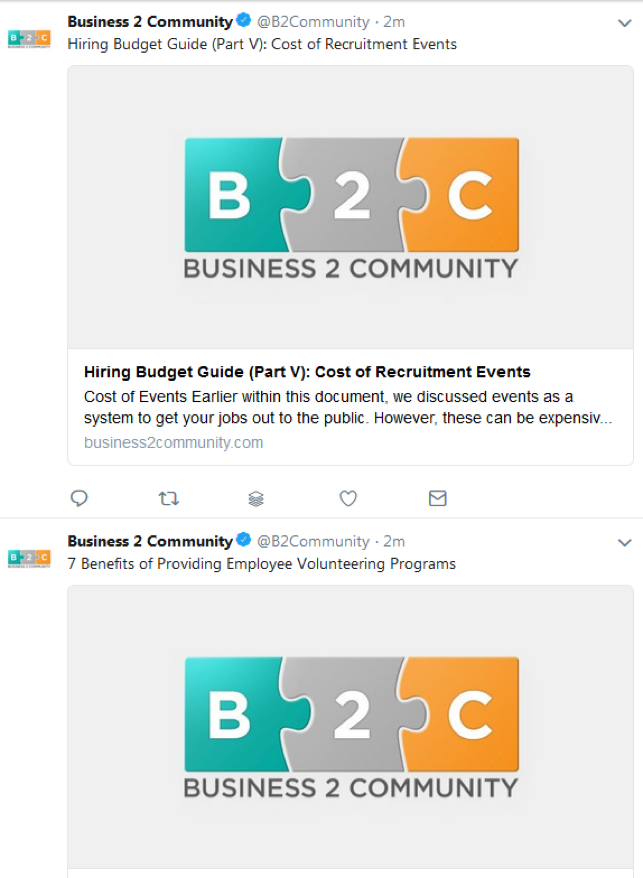 A company that constantly publishes self-serving updates in social media will turn off users and lose engagement opportunities. The more successful companies mix up their updates by curating content PLUS sharing their own.

People have caught on to clickbait and quit clicking them. They’re easy to recognize, as these examples attest. (The items in parenthesis are what the articles reveal. Quite unremarkable.)

The key to a good headline is to pique interest and curiosity while living up to its claims.

Advertising on social media is no longer optional. Social networks allow you to select your target audience to get your content in front of the right people. Social ads pay off when you have the right content and an appropriate call to action for the audience and ad.

Content on social media is increasing every day. Unfortunately, social sharing dropped by half in just two years. This doesn’t mean people aren’t reading updates. Rather, it indicates content reach has shrunk. As a result, social media updates require more thought to create updates that boost interactions and clicks.

Your company works hard to create its content. Now go forth and help it thrive by putting more effort into your updates and sharing other people’s content. Become a valued source by sharing useful content that isn’t your own. When you do, people will listen and be more receptive to your own content.