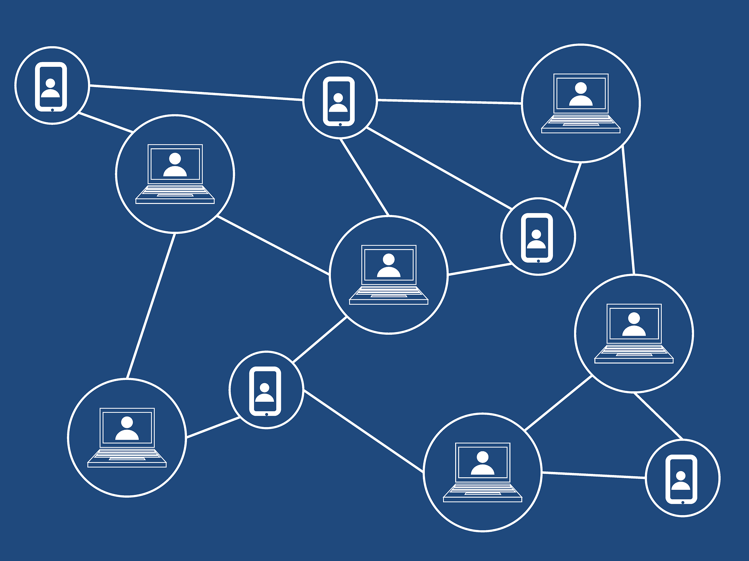 Super-techy, hyper-nerdy, and uber-popular – do you know the latest “it” technology exploding on the scene? If your vocabulary doesn’t include Bitcoin, you are so 2017. But cryptocurrencies aren’t the entire story – Bitcoin is based on a new approach to information technology and security called blockchain, and that’s the real story here.

So how do you combine a new technology with the fastest way to promote a new idea, i.e. social media? Let’s ask an evangelist.

Alex Ortiz is the new blockchain evangelist for LifeID. LifeID is developing a new identity solution that allows users to manage and prove their identities without sharing personally identifiable information (PII).

Alex, let’s say you’re at a family picnic, how would you describe blockchain to your relatives?

ALEX: In very simple terms, blockchain is a new way to store information so that it stays secure in a trustable way. When data is added to a blockchain database, it’s recorded on every computer in a blockchain network – a distributed database, instead of the traditional, centralized approach. If someone tries to modify the information, all the other computers using the blockchain would notice and reject the change – the distributed database keeps the original transaction. If you try to fool the blockchain and its disruptive approach to networking, you’re also up against additional layers of security with cryptography, consensus algorithms, connectivity, and more.

Beyond security, blockchain also creates efficiencies by potentially reducing the need for third-party services that verify and protect identities, as well as financial transactions.

Blockchain can also help you retain control over your personally identifiable information, compartmentalizing access to things like your medical or financial records.

These are some huge arenas where blockchain will make an impact, yet the technology is still so new, there will be many more use cases to come.

That’s a pretty digestible explanation, but can you break it down even further, and give us an example of a blockchain in action?

ALEX: Sure. Let’s take a crop of tomatoes. Imagine that the farmer, the wholesaler, the trucking company, and the retailer all use the same tomato-tracking app tied to a blockchain database. When the farmer hands the tomatoes over to the wholesaler, they both sign off on the physical appearance of the tomatoes: they look fresh; there are so many crates; and other characteristics

When the trucking company picks up the tomatoes, they log onto the app and record the same information. Every time the tomatoes change hands, up until they arrive in the grocery store (and blockchain technology is even being developed to track food items into the kitchen), the transaction is recorded in a blockchain on every network using the specific chain tracking this crop of tomatoes: the farmer, the wholesaler, the driver, the store, etc.

Let’s make believe the retailer drops the tomatoes after they arrive at the store but wants to claim the tomatoes arrived in bad shape, so it can pass the loss through to the shipping company. They’d have to hack every user in the blockchain to modify the previous handoff, which is next to impossible, because users are not directly connected via a central server. And even if it was possible to hack all those users, the blockchain is programmed to reject modifications to information once it’s been recorded to the blockchain, on top of being secured by sophisticated layers of other protections.

This type of technology will also be important for maintaining supply chain integrity and tracking foodborne illnesses.,

If you’ve ever purchased a house, think about all of the third parties involved in verifying financial information and other PII. With a solution like the one LifeID is developing and once with the right ecosystem of partners and solutions are in place, buyers will be able to prove who they are, prove they have credit, prove important facts about their finances, and so on, without passing on specific personal information. Sellers will be able to trust the information as authentic, reducing reliance on middlemen and lowering the overall cost of the process. Think of the cost savings!

This sounds amazing, so why does blockchain need an evangelist?

ALEX: The oldest blockchain is only nine years old, and widespread adoption will take years. As a nascent technology, we have the opportunity to engage as many people as possible in the conversation on blockchain’s future. What kind of tech should we build with it? What standards and protocols should be implemented? We need a dialogue between developers, the business community, and consumers – collaboration and communication to actually make products we need and to solve tough problems. The more everyone can engage, the better it will be for the blockchain ecosystem in the future.

OK, so is that dialogue where social media plays a role?

ALEX: Definitely. A lot of education needs to happen in the marketplace. On social media, we’re seeing that through conversations about what digital identities of information will be in a blockchain world. Social media are being used to connect the technology to humans and to tell stories that resonate.

Blockchain innovators need partners, connections with emerging experts, and they need to establish thought leadership. Social media platforms like LinkedIn and Twitter play a big part in all of that. Social media will help us educate experts and users alike on the way blockchain will impact their social, professional, and economic lives.

And as I said earlier, we also need forums for us to engage stakeholders and steer the future of blockchain – we’ll find some of that in online communities, too.

I know I’ve had a hard time wrapping my head around the idea of blockchain technology, which spurred my interest in the topic. What frustrates me is how Bitcoin, or cryptocurrency, are often used interchangeably with blockchain. In fact, you can follow “Bitcoin” as a topic on LinkedIn, but no specific category for “blockchain” was available at the time of this blog’s publication. When I wanted to find an expert to talk to about this blog, I found Alex via LinkedIn.

Blockchain carries great potential to innovate information processes and security. But it needs evangelists like Alex, education campaigns, and consensus building, built in part through social media channels, to establish blockchain as a positive brand, instead of as a rotten tomato.