How LinkedIn is Keeping Discussion Civil 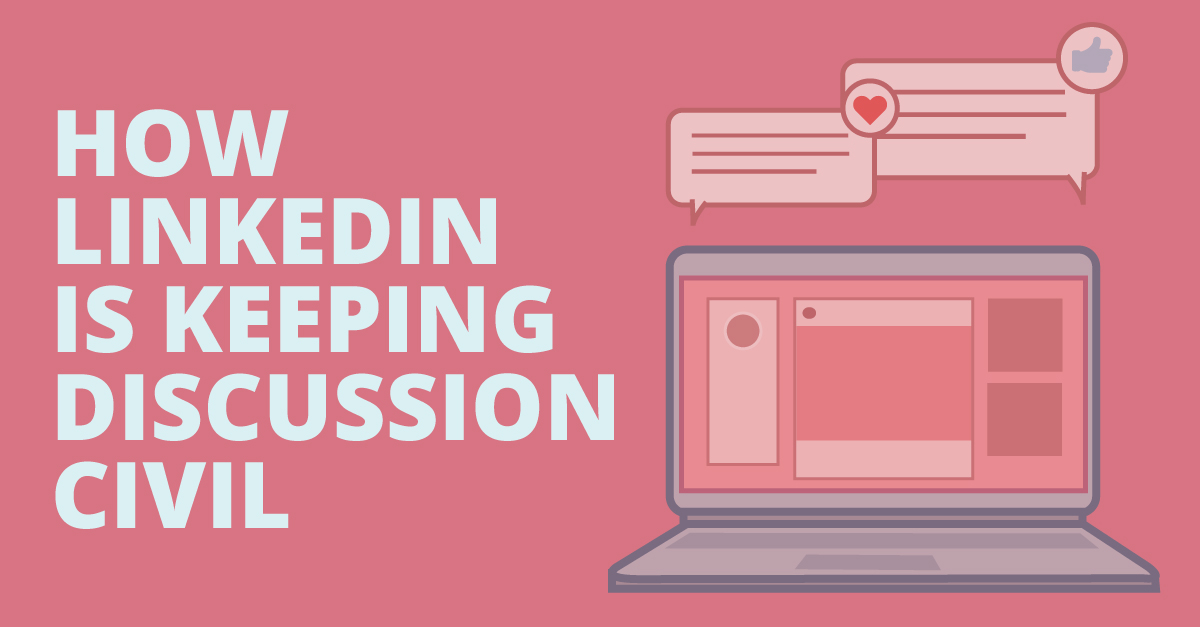 Chances are good that your LinkedIn news feed looks a lot different than it did a year ago. You’re probably seeing posts on Black Lives Matter, social justice, LGBTQ+ advocacy, and the global response to the COVID-19 pandemic.

LinkedIn has long had the reputation for being a staid social media site, with few controversial or viral posts. Yet with recent national and world events, and a looming U.S. presidential election, that has definitely and definitively changed.

LinkedIn reports an enormous jump in engagement during 2020, and pandemic-related work-from-home orders are fueling that rise.

“LinkedIn insights show that globally, there has been a 50% year-on-year growth in content sharing, and LinkedIn Live streams are up 89% between March-June 2020.”

As users explore more complex ideas, some LinkedIn conversations are veering toward confrontation. The site sees it, and it’s taking new steps to moderate discussions taking place on LinkedIn.

“In this ever-changing world, people are bringing more conversations about sensitive topics to LinkedIn and it’s critical these conversations stay constructive and respectful, never harmful.”

Blogs from senior leaders, such as CEO Ryan Roslanksy and Vice President of Trust Tanya Staples, advise managing your connections to ensure your network is supportive and positive. Among their tips:

LinkedIn also urges you to consider how you engage on the site: 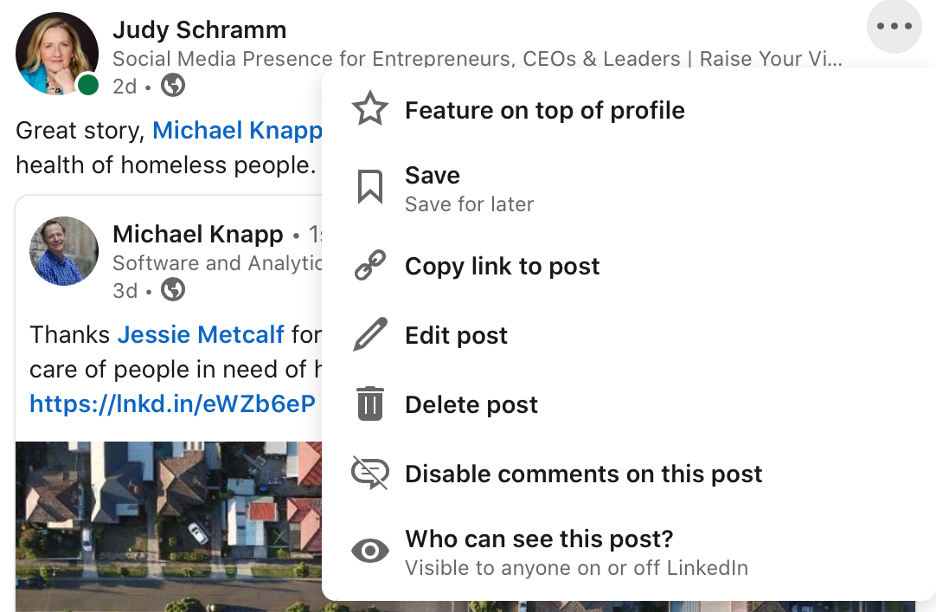 LinkedIn wants users to report content suspected of violating community policies, but it also uses technical tools to monitor the site and enforce its rules of conduct. 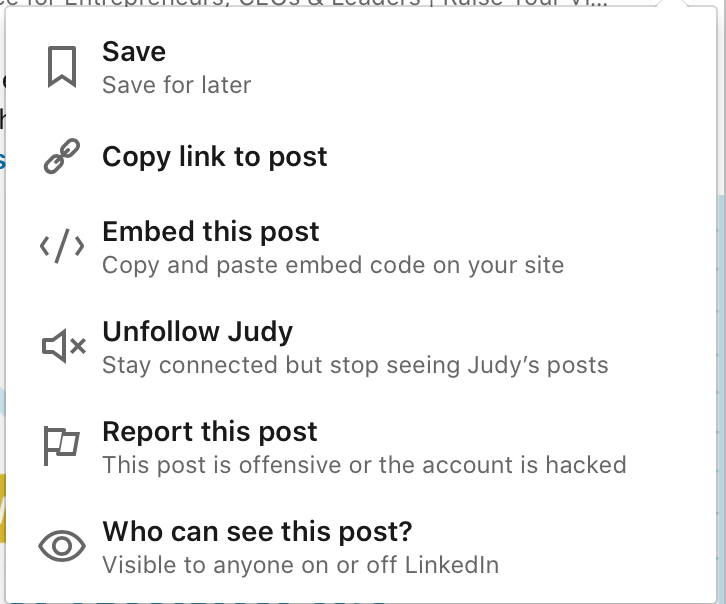 LinkedIn pledges to let users know if the content they report is found to be in violation of rules. In addition, the site says it will let users know when and why their content is flagged.

One of the first changes came this summer, when LinkedIn rolled out — and quickly rolled back — a new default setting for post visibility. As mentioned earlier, LinkedIn now endorses limited audiences to keep discourse civil.

For a short period of time, the platform set all posts as visible only to first-degree connections, although users could change that default setting, post by post.

Our employees and clients saw an enormous drop in engagement while this feature was in effect. One of our writers estimates her posts saw a 75% plunge in viewership. ProResource’s LinkedIn experts argued that the new feature defeated the purpose of a second-degree network, which serves as a way to develop your own close network. Apparently the feature was unpopular, and the post visibility default setting quietly reverted to include a broader audience.

Tweeters and Facebook devotees regularly report about potentially controversial posts that are removed or labeled “misleading.” That practice seems much less common on LinkedIn, but a recent New York Times article investigates the world of Black LinkedIn, where persons of color chronicle disappearing posts.

LinkedIn has long practiced “shadow banning,” where the site permanently limits a post’s visibility to users, effectively erasing it. LinkedIn’s new rules of engagement promise to be more clear about these types of actions, but it would seem, according to the anecdotes in the Times article, this is still a work in progress.

It is perhaps an uncomfortable truth, but there will always be controversy over edited and flagged posts. It is impossible to please every person, all the time, when editorial judgment is involved.

Just as Twitter and Facebook grapple with codes of conduct and terms of service, LinkedIn now faces the same challenges. At ProResource we regularly see spam and phishing accounts on LinkedIn that attempt to lure unsuspecting users to dating sites or into questionable financial transactions.

Reuters also reported earlier this month a Russian group linked to election disinformation built a presence on LinkedIn. According to the Reuters investigation, LinkedIn suspended three accounts linked to the foreign group.

With new features, and a heightened education campaign, there is no doubt LinkedIn is making a concerted effort to keep the divisiveness so rampant on some social media sites out of professional networking. Users are even gently reminded to keep it neat when they post in their news feeds.

How Is It Working for You?

Have you been flagged or shadow banned? Has an unpleasant conversation exploded in your news feed? Please share your experiences with us in the comments below. But please, to use LinkedIn’s own language, let’s keep our conversation respectful and professional. That doesn’t mean we have to agree, but it does mean we should always try to be civil.