How to Handle Clients Who Delay Getting You Materials 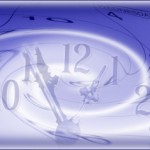 The project started out great, everything was going smoothly, or so you thought…

Then your client missed a phone call with you. No big deal, you thought, and rescheduled.

Then they missed the next one too.

You’re waiting for them to give you edits on a document or feedback on a website or an updated mailing list for their next newsletter.You  You can’t move ahead with the project until you hear back from them, and they’re not getting back to you.

I can tell you that when clients don’t get back to you, it’s usually one of three reasons. Here are the most common reasons – and how to deal with them…

Most often, the reason is that they have to make a decision (or a whole bunch of decisions) that for whatever reason are hard to make. Maybe they don’t have time to think it through at the level that’s needed, maybe they have no framework for understanding how to make the decision, maybe there are two choices and they are stuck between them.

There are a couple good ways to move them past this:

– Can you make the decision for them? If you can do this, tell them what you think the choice should be and ask if you can move ahead.

– Can you simplify the number of choices? If they are trying to choose the right blue for a logo, instead of asking them to come up with the right shade of blue, give them two shades to pick from and ask which they prefer.

– Can you break the project apart into smaller pieces? You might be able to help them deal with only one piece now, which makes it more manageable for them to keep going.

– Can you eliminate the decision? Perhaps you can go at the project from a different angle, one that bypasses the need for them to make the decision now.

2. They don’t want to criticize your work.

A lot of people are uncomfortable telling you that they don’t like what’s been done so far. So they stall, hoping things will get better.

The best way to deal with it is to ask up-front “Are you unhappy with the look of the website?” or “Do you just totally not like where this is going?”

Give them space to tell you that it’s not what they want – make them comfortable giving you bad news. Often it’s nowhere near as bad as they (or you) thought. You can probably suggest an easy fix and keep going.

And if not, isn’t it better to know that there’s a big problem? I know for sure I like to have that out in the open so we can deal with it rather than have them unhappy.

3. You’re asking them to do too much.

Clients are busy! That’s why they are having you work for them.

See if there is a way for you to take on the next step yourself and do it instead of them.

If they are supposed to draft something and they haven’t done it, ask if you can draft it for them. See how much of the project you can take on.

If they’re not comfortable having you take the next step, that’s a hint that what you’re dealing with is actually either that they don’t know what to do or they are unhappy with the way the work has been done so far.

So the next time a client delays a project you’re involved in, try one of these techniques and see if you can’t get things moving again.