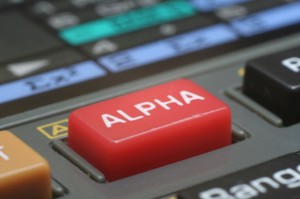 Simply put, the earlier you find the bugs, the easier and cheaper it is to fix them.

Ever do a LEGO project by following its visual instructions? I’ve have helped my sons with mega LEGO projects like one spaceship that came with more than 10,000 pieces! If we put one brick on wrong in the beginning and we didn’t realize it until a few steps later, it took a lot of time to remove all the bricks to reach the misplaced brick. But if we do a check and discover the mislaid brick within a step or two, it takes much less time to undo the previous steps to fix the brick.

When a product undergoing development doesn’t get a good response during initial testing, the company may need to revisit the product’s direction to make it more appealing. A company wastes the time invested in writing requirements and early product development if it later finds that it built a product with an unwanted feature set.

Alpha testing can occur before or right when your company begins documenting requirements. Your customers offer the best feedback. Sometimes they don’t know what they want, so instead of just asking, sit down with them and watch them use your product. Listen to what they have to say and see how they accomplish their tasks.

John Timmerman, Ph.D., Gallup senior strategist for customer experience and innovation, asked Cisco CEO John Chambers how the company innovates. “He said he dedicates 50 percent of his time to talking to customers,” Timmerman writes. “He has a market research department and a quality department, but he’s very attuned to his customers — not just what they say, but what they don’t say, and their direction, their business needs, and the problems they’re trying to solve.”

Steve Jobs may have said that customers don’t know what they want until they see it. But they do know what problems they face and what they like, don’t like, need and don’t need. So alpha testing provides a middle ground. It could also be likened to doing market research with a “minimum viable product,” which isn’t complete or perfect. It does have the minimum set of features. Here, a company would ask a subset of possible customers or early adopters to use the minimum viable product to see what they like and don’t like about it. This prevents building a product no one wants and identifies potential missing features.

Use the feedback to tweak the product. After a few changes, run another alpha test and repeat until the product is complete. Then you can move on to beta testing to test the messaging and target audience for the product.

Think of it as making your marketing more agile. Releasing early and releasing often lets companies obtain as much feedback as possible as early as possible. Yes, this iteration process requires discipline and commitment, but it avoids developing expensive features no one wants and gets you a step closer to the big picture goal.