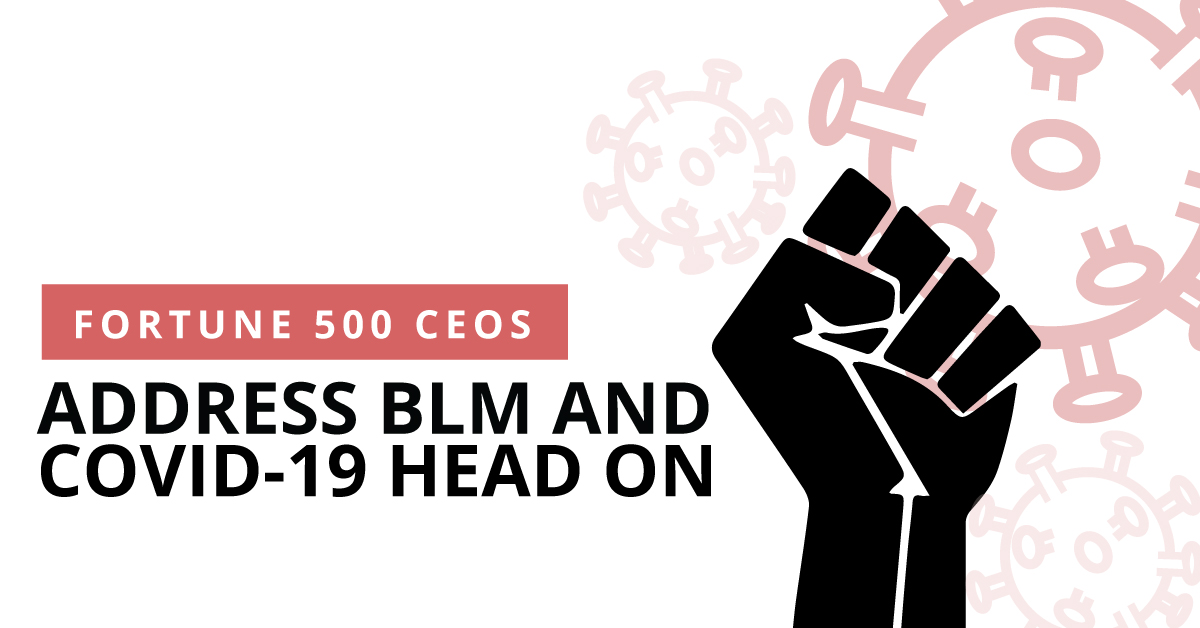 In the words of baseball legend Yogi Berra,”It ain’t over ’til it’s over.”

2020 is far from over, as much as many of us would like it to be. It’s been a tumultuous eight months, with big challenges looming on the horizon.

In the distant past, like all the way back in January 2020, LinkedIn and Twitter served as safe spaces for CEOs to talk up company and industry news. But now, broader issues — such as Black Lives Matter, COVID-19, and political factors influencing the economy — blur the boundaries between professional and personal discourse.

In times like these, people look for leadership. And in an effort to get information straight from the source, they have been turning to corporations more than ever before. People expect business leaders to take a stand on social issues, and savvy CEOs are responding. Contrary to corporate communications in the past, it now might be riskier to ignore social issues than to address them.

We analyzed Fortune 500 CEOs’ content on LinkedIn and Twitter, as well as what kind of response their posts received. Here are the key takeaways: 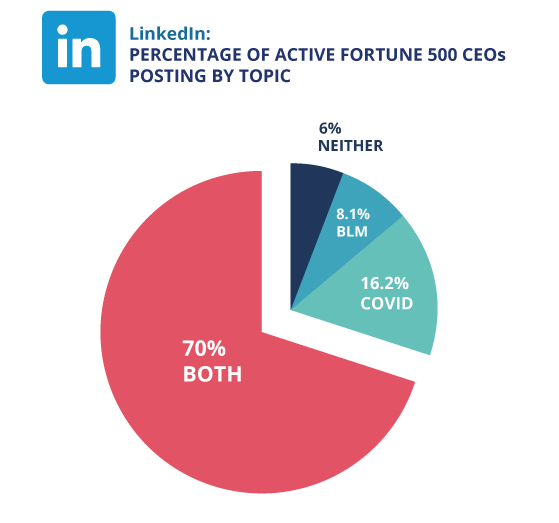 Responses to posts varied considerably, depending on the topic. Posts discussing racial injustice received almost as many likes as posts related to COVID-19.The average number of likes for a Black Lives Matter post was 1,292, compared to 1,382.9 on a COVID-19 post, and 840 on a general post.

The ratio was even higher for comments. On average, there were more than twice as many comments on racial injustice posts than on general posts. BLM posts averaged 48 comments, compared to 38.9 for COVID-19 posts and 23.5 on general posts. 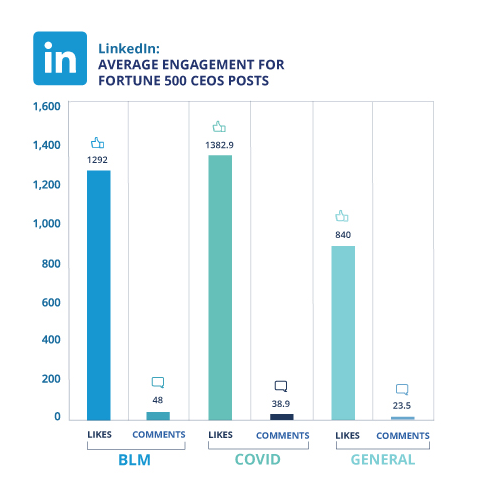 We discovered one interesting trend: prior social media activity seemed to have little impact on the popularity of posts. Previously inactive LinkedIn CEOs who posted about COVID-19 and racial injustice received as much, if not more, engagement on their posts as Fortune 500 CEOs already active on social media.

The most popular posts, measured by likes and comments, included open letters to employees, personal statements, or announcements of new company initiatives to address social injustice. The posts came from B2C corporations like General Motors and its CEO Mary Barra, as well as more B2B-focused companies, such as Micron Technology and its leader Sanjay Mehrotra. 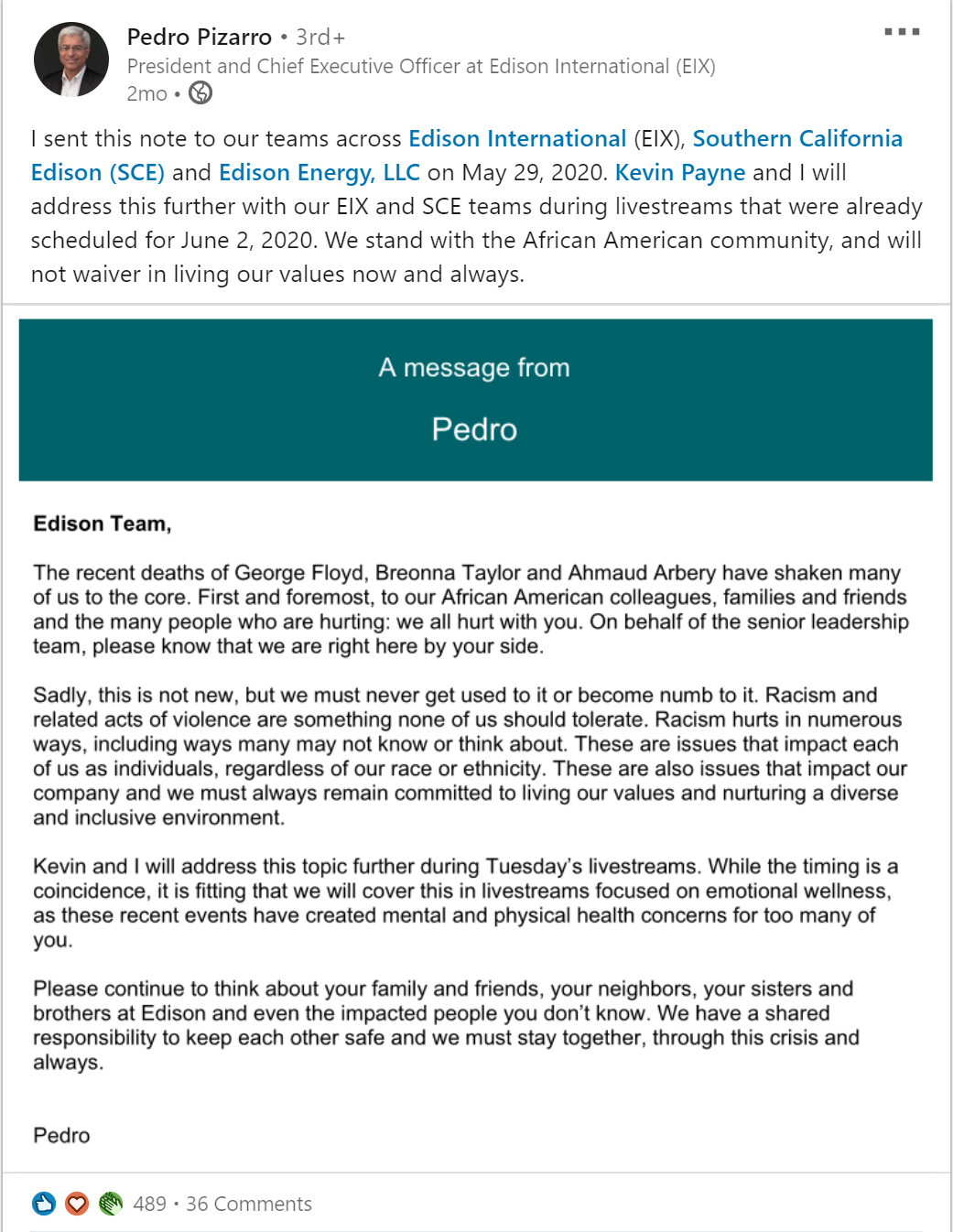 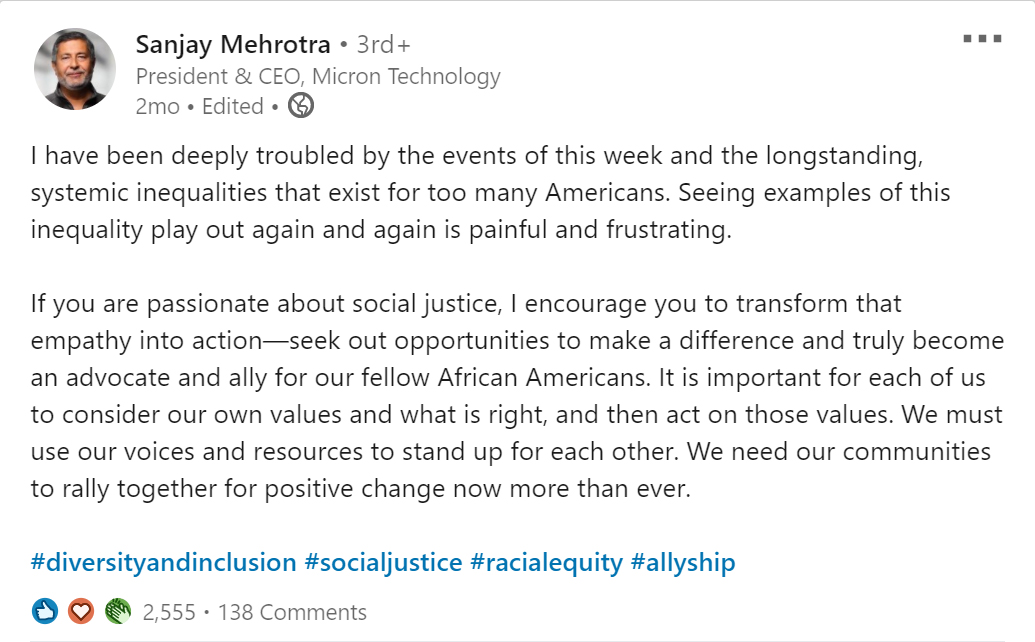 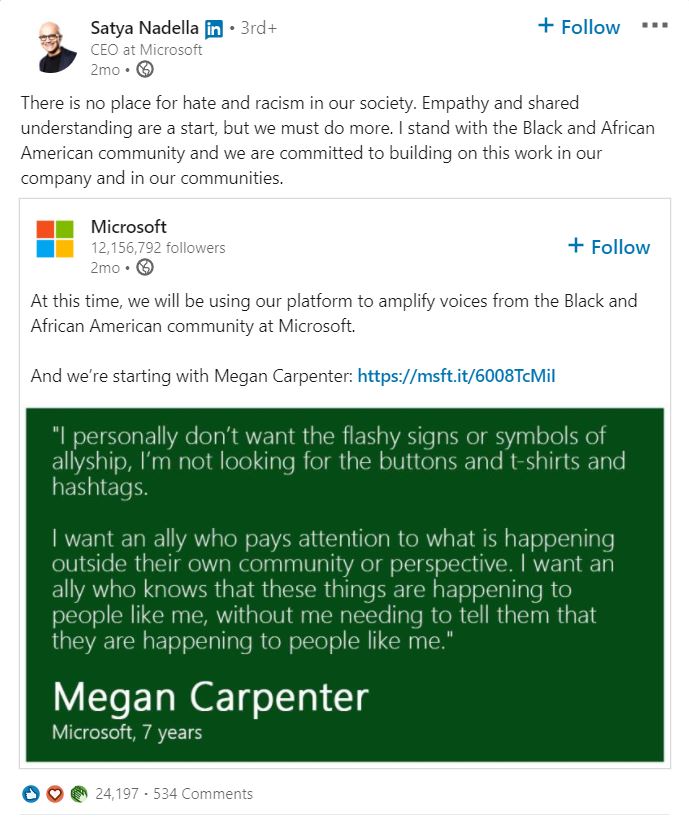 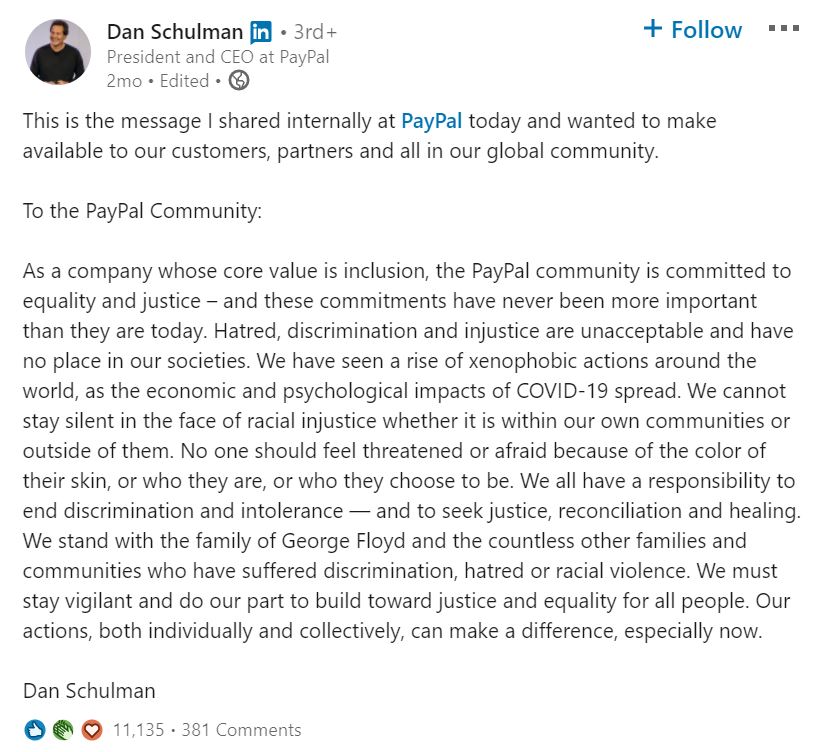 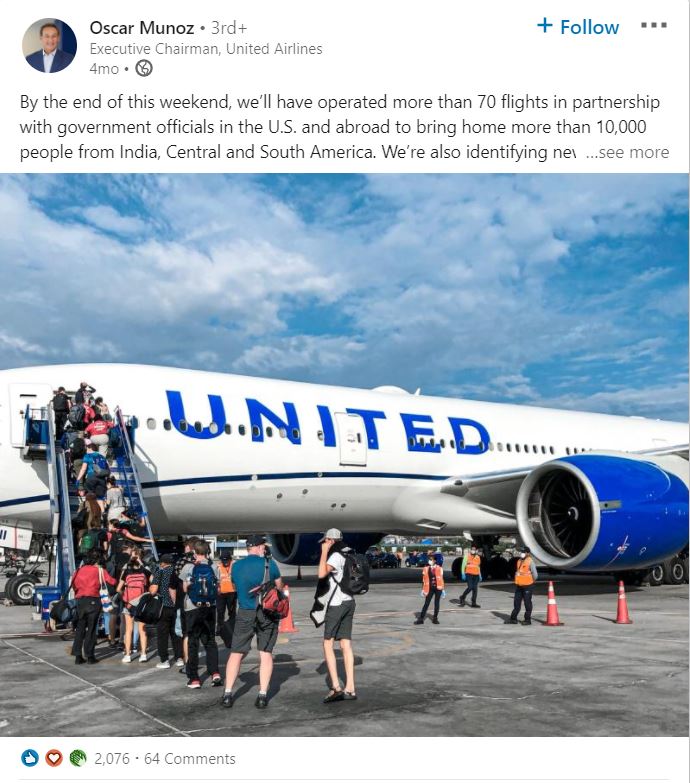 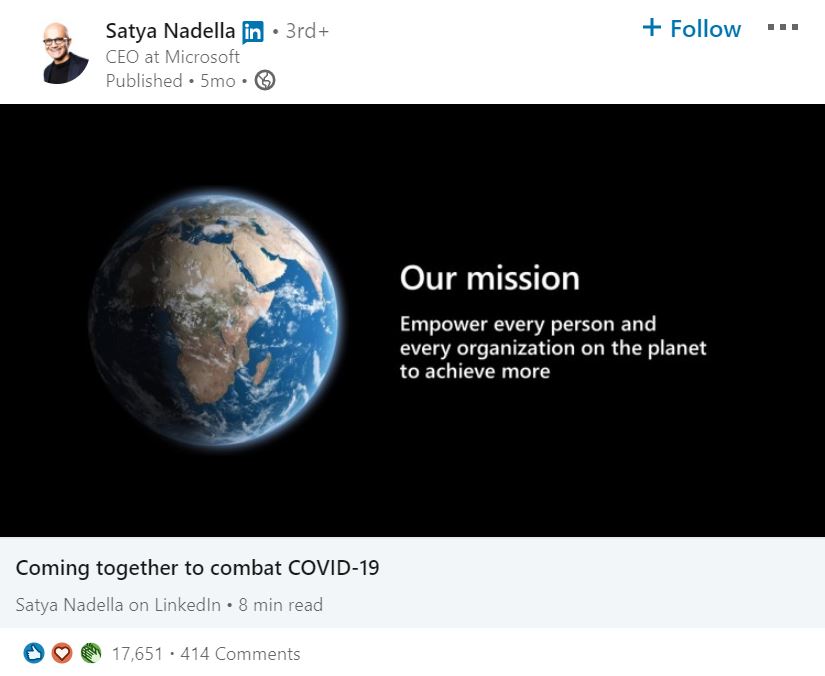 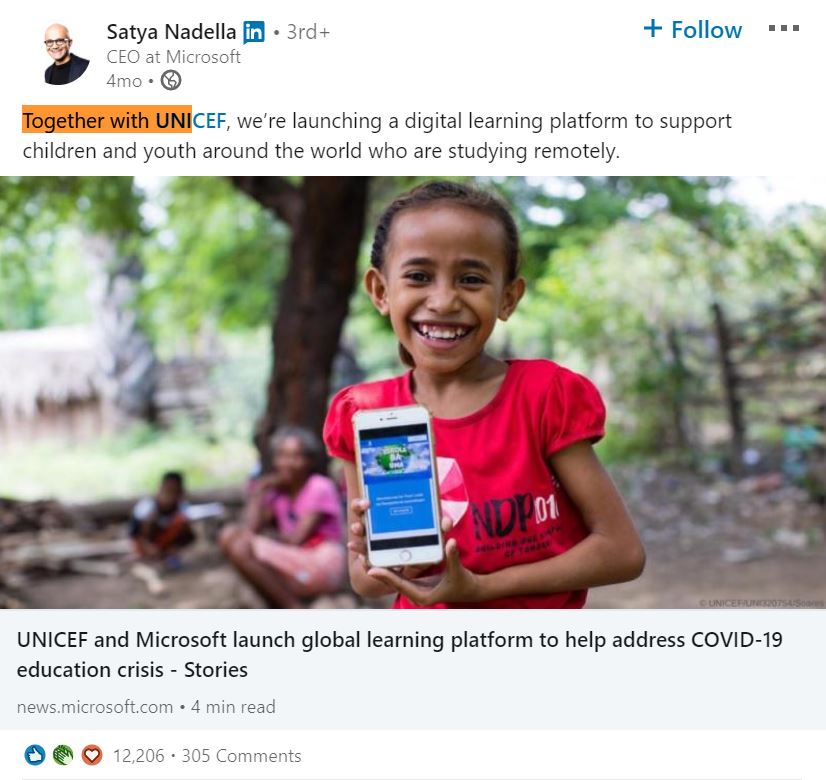 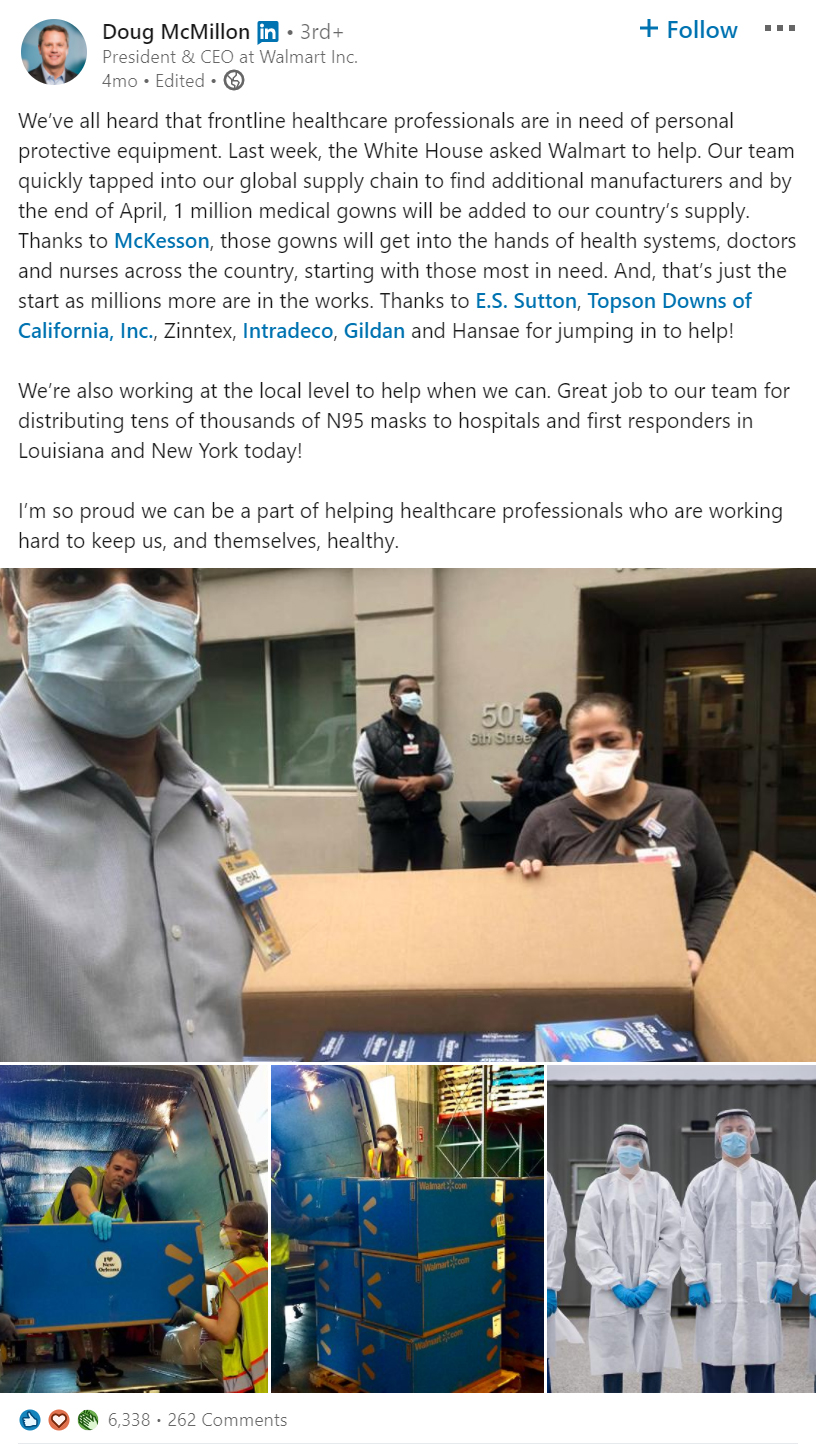 High-performing posts shared some specific characteristics. First, and not a real surprise, the CEOs with the largest number of followers generated the most engagement. Second, the posts were more personal than what many of us typically expect to see on professional social media.

Posts that addressed social injustice shared a personal message, discussed specific actions a company takes to acknowledge and actively stand against social injustice, or highlighted the names of the victims of police brutality.

Over on Twitter, we found fewer CEOs who actively post: only 53 tweeted in the first half of the year — about one-third the number that were active on LinkedIn. However, the ones who are on Twitter were more active in terms of tweeting and retweeting. Yet there were only 2,270 tweets produced, while there were 2,892 posts on LinkedIn. 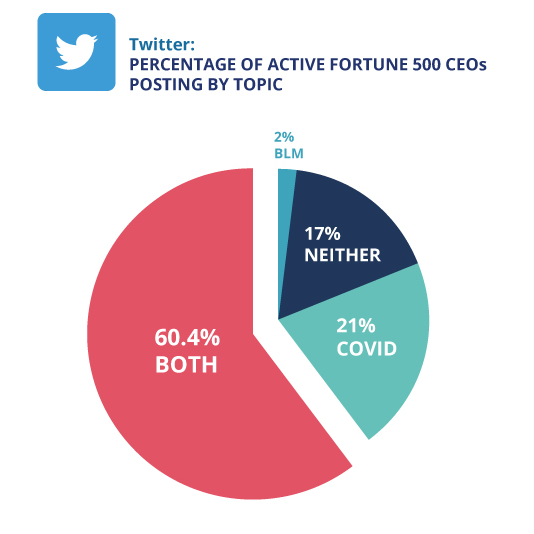 For Twitter, we considered retweets in addition to likes and comments. The average number of retweets on a BLM tweet was 416.8, compared to an average of 241.2 retweets for a COVID-19 tweet and 108 retweets for a general tweet.

BLM tweets received more engagement — about 2.3 times more likes than general tweets, about 1.7 times more comments than COVID-19 tweets, and almost two times the number of retweets than the other topics. 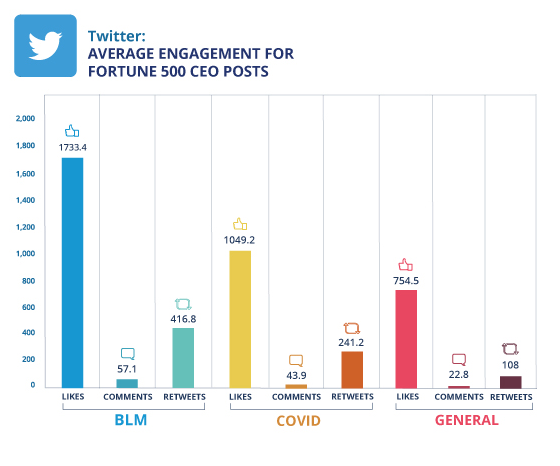 Tweet topics with greatest engagement included news about corporate donations related to both the pandemic and combatting social injustice, messages of support to caregivers and protestors, and personal commentary. 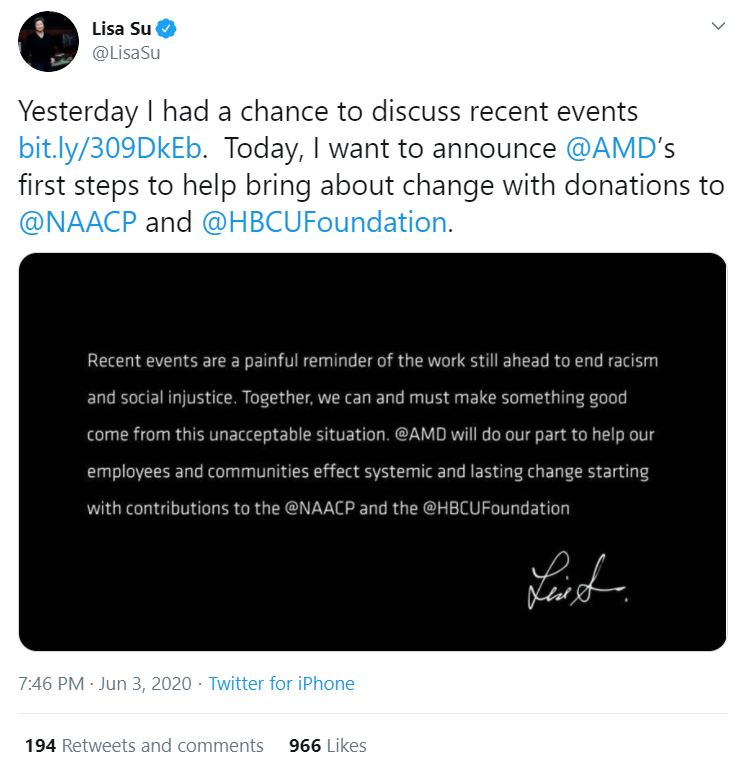 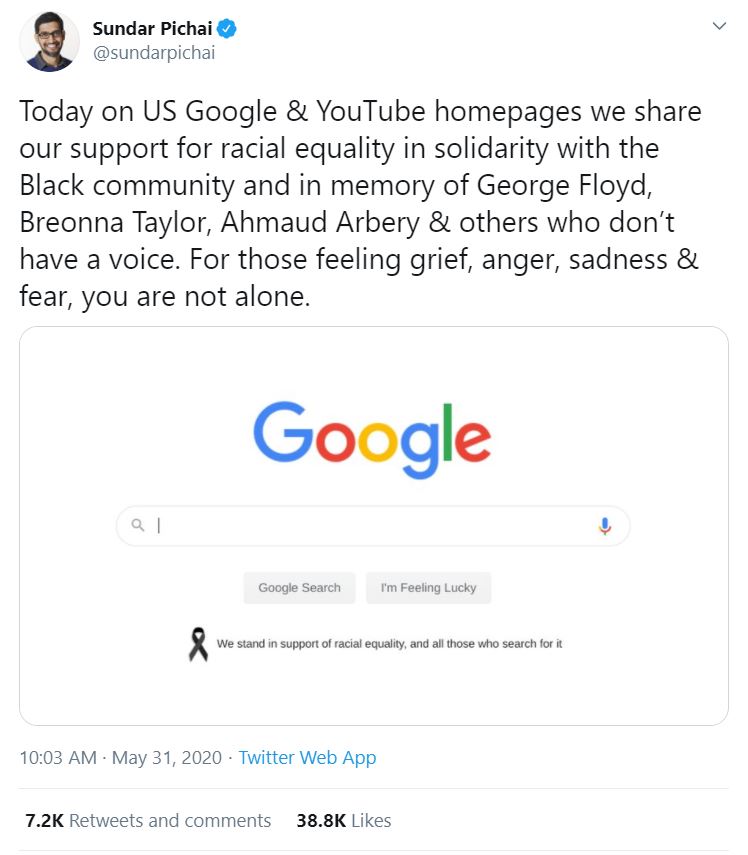 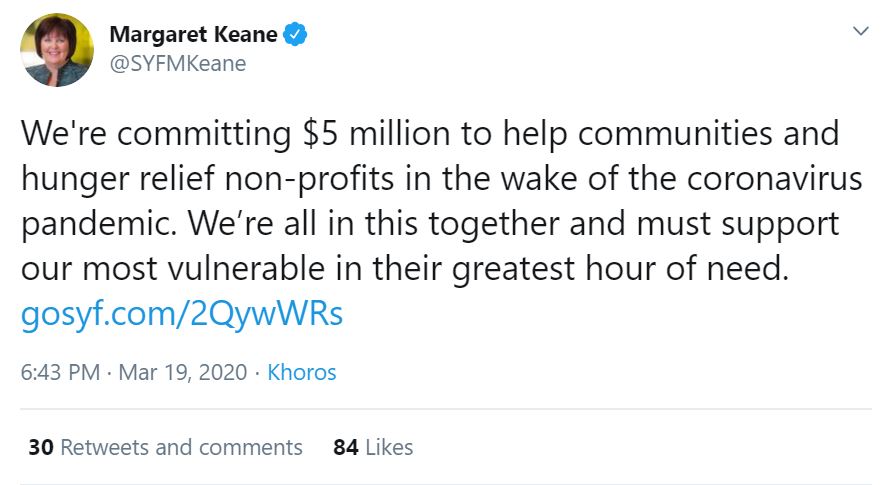 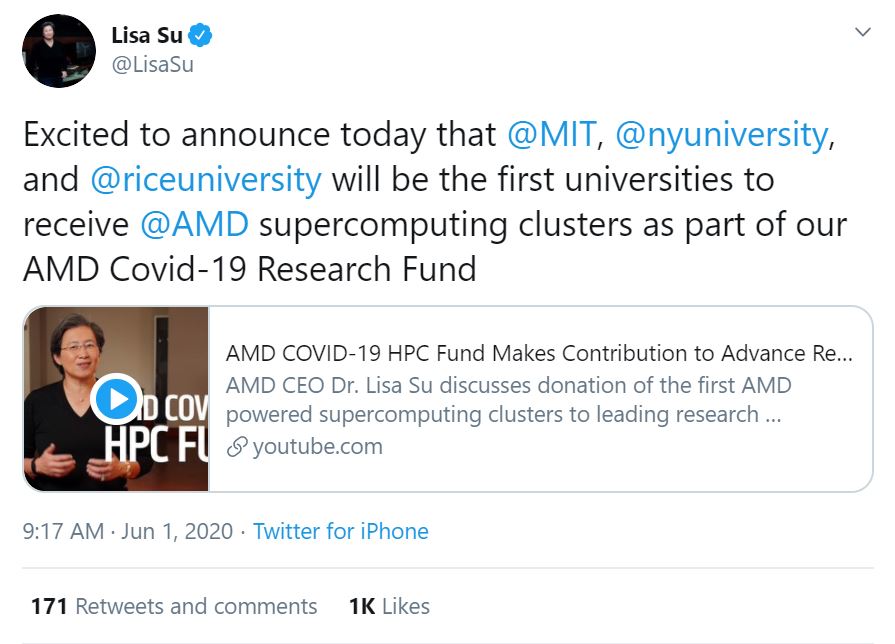 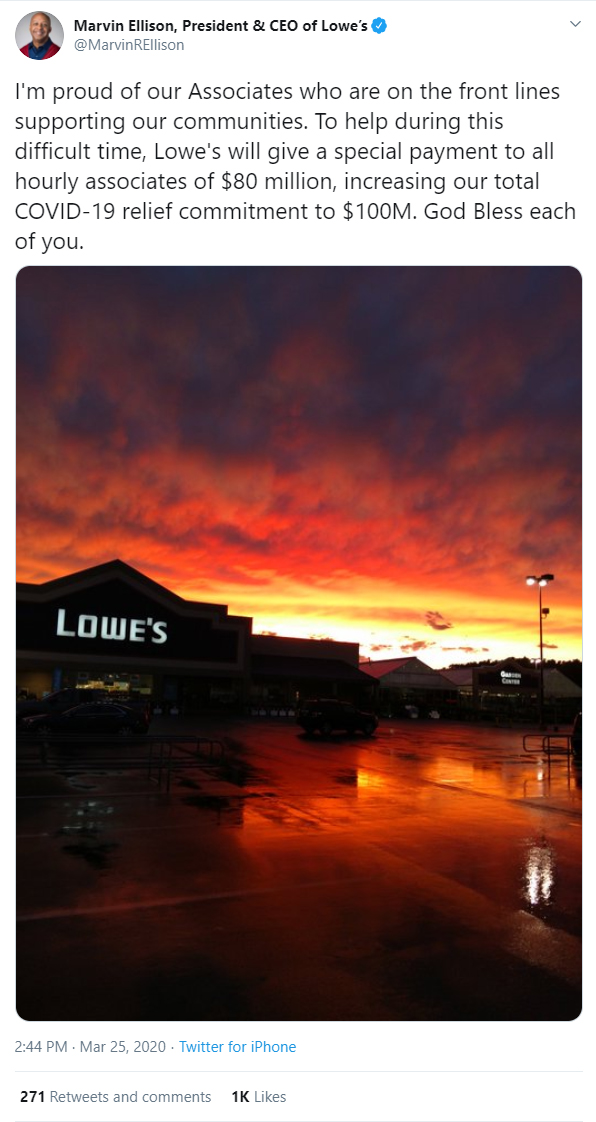 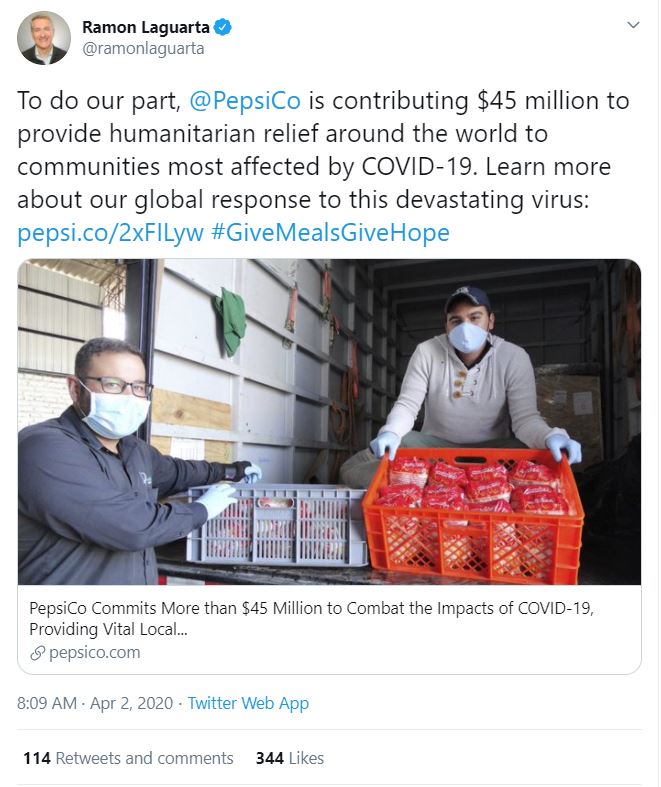 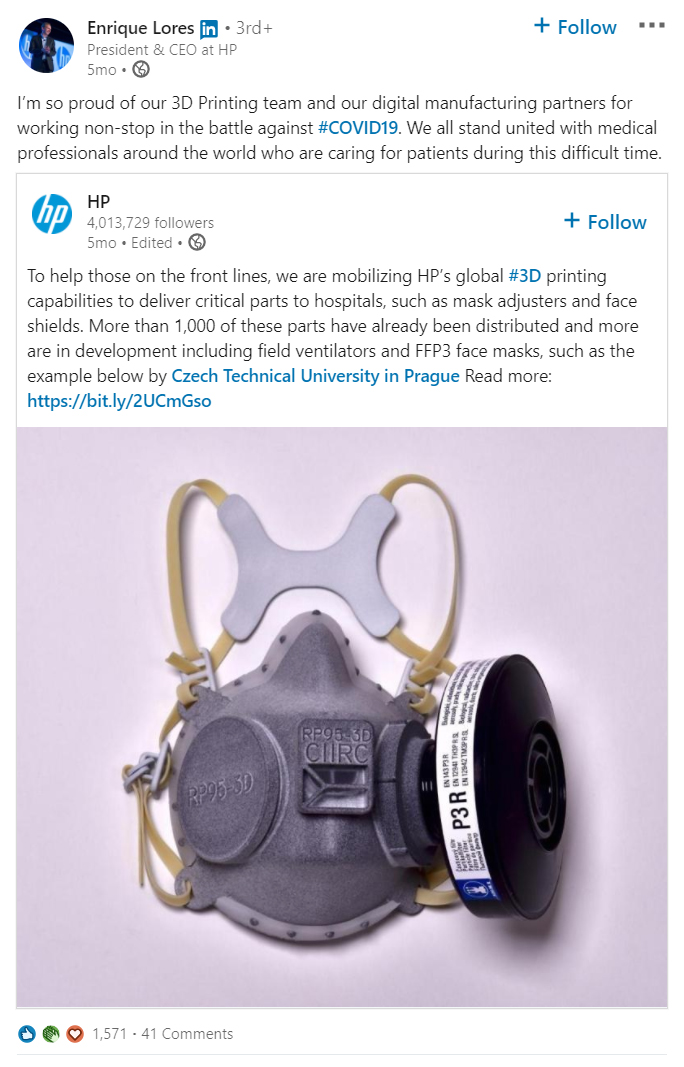 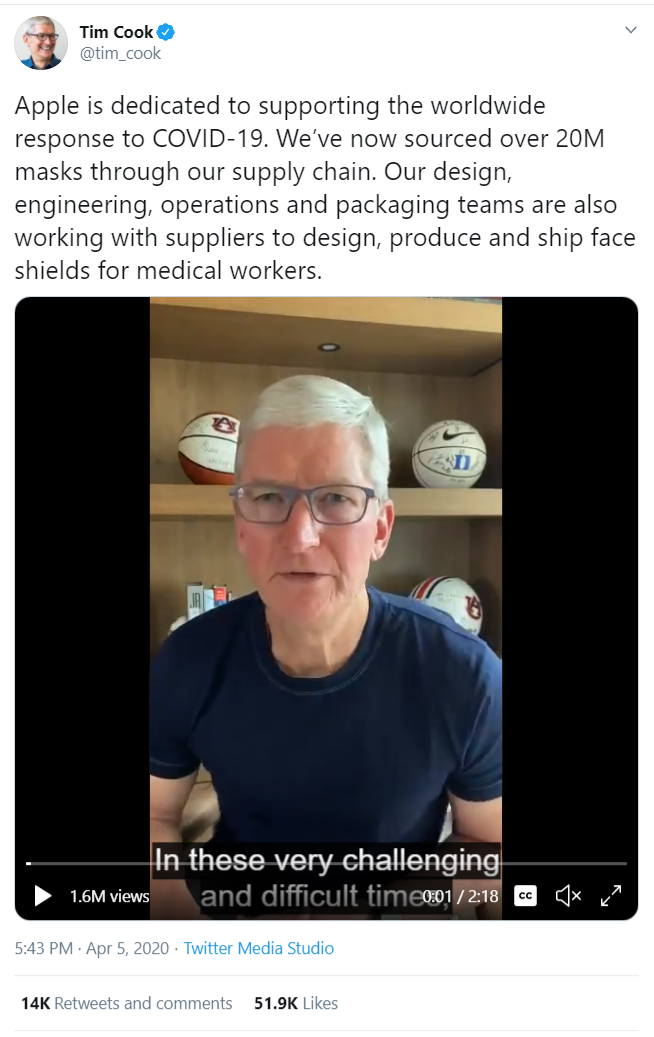 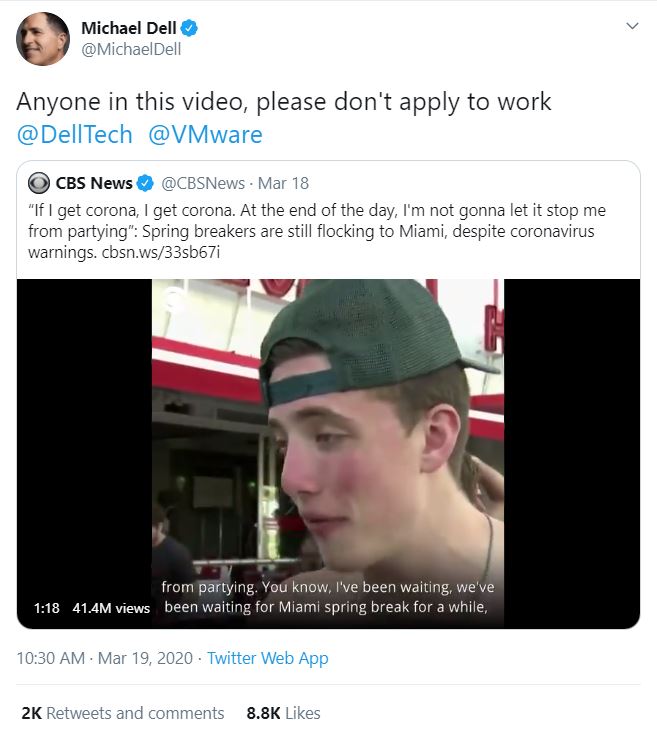 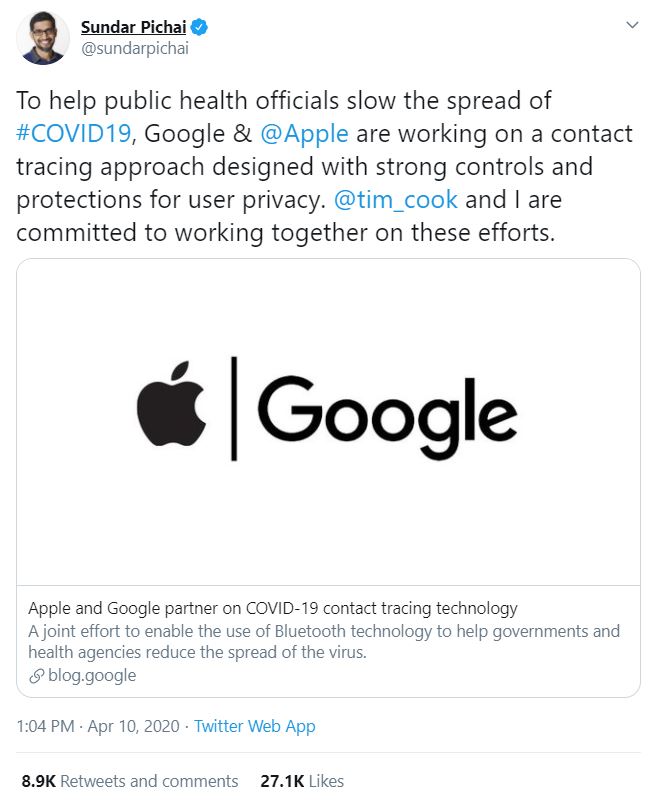 A Shift in Tone and Topic

What does all of this mean? Going back to baseball legend Berra (possibly one of the greatest philosophers in baseball), he also famously opined, “The future ain’t what it used to be.” He certainly hit that one out of the ballpark!

As it has done in so many other areas of the human experience, technology has shattered the separation between personal beliefs and public personas. Instead of ignoring social change, more and more Fortune 500 CEOs are embracing it and publicly talking about it. It’s a huge shift in both online tone and topic, and one we’re sure to see more of as 2020 relentlessly forges on.

The posts were divided into the following categories: racial injustice (BLM), coronavirus (COVID-19), and other.

We defined a racial injustice post as one that discussed at least one of these topics: racial injustice, systemic racism, police brutality, the BLM movement, Juneteenth, diversity with regard to race, or named one of the victims (such as George Floyd, Breonna Taylor, or Ahmaud Arbery).

We defined a coronavirus post as one that addressed at least one of the following topics: coronavirus, pandemic, COVID-19, or essential workers. We did not include the few posts that briefly mentioned the virus but were primarily about another topic.

All posts with content that could not be categorized as racial injustice or coronavirus were considered general posts.

We excluded tweets from Elon Musk and Marc Benioff when we calculated the average engagement for Twitter. With 37.5 million followers, any tweet by Elon Musk receives at least 10,000 likes and retweets. Musk had one post about Juneteenth and none about COVID; the remainder of his tweets were general. Marc Benioff is very active on Twitter, typically tweeting 5 times each day and retweeting 10 times. The high volume of his tweets also skewed the data. He has 1 million followers and tweeted often about both BLM and COVID-19.