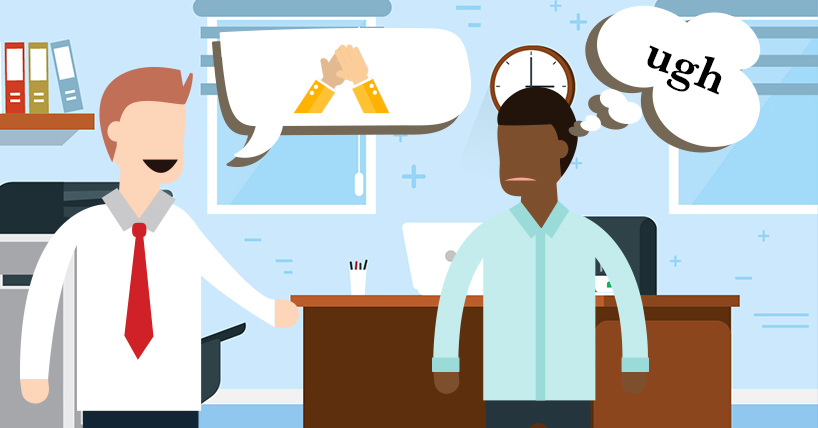 That’s how my coworker’s great-grandmother described someone who boasted about their achievements without referencing the people or circumstances that helped them meet their goals.

Upon hearing that, my first thought is that all icing and no cake sounds disgusting. One step away from my pancreas going on strike.

The second thing I notice is the obvious criticism of the person being of no substance, regardless of the achievement about which they are boasting.

Talking about your success is a catch-22.

If I succeed and don’t tell you, is my achievement’s existence like a tree falling in the forest with no one around to hear it?

If I succeed and do tell you about it, am I being a jerk?

Success is definitely sweeter when it’s shared. The joy of achievement rings truest when it’s compounded by positive engagement with your community—colleagues, partners, friends, family. But how do you share your success without seeming like a braggart?

In general, people associate bragging with self-absorption, insecurity, and rudeness, but it’s the first characteristic that is the kicker.

Deborah Solomon from The New York Times reported the insightful, albeit blunt, point of view of Stephen Hawking on bragging during an interview in 2004. She asked Dr. Hawking what his IQ was, to which the theoretical physicist replied; “I have no idea. People who boast about their IQ are losers.”

Start by checking your motivation. What do you hope to achieve by telling others about your achievement—pride, accolades from co-workers, better teamwork, new opportunities?

Be honest with yourself, and then shift your focus to the potential listener/reader. If you can be clear on who you’re talking to and why you’re talking, you have a better chance of the conversation going well.

“Oh, my job isn’t that important – I’m only a cardiothoracic surgeon.”

According to Theodore Millon, renowned personality disorder expert, individuals try to balance the amount they brag about their accomplishments with expressions of humility; at least to the point where they don’t discredit themselves. This behavior is readily apparent in social media, and has acquired a name: “humblebragging.”

“Why do people humblebrag? Mostly because we know humility is a good characteristic to have, but at the same time, we also know the importance of self-promotion, so humblebragging seems to be the answer,” says Fast Company’s Vivian Giang.

As you can see, humblebragging doesn’t really give you the desired outcome of lifting you up, it only gives people a bad taste in their mouths about your achievements.

According to a study by Harvard Business School; “Humblebraggers experience the positive effect from bragging and the positive feeling that they are not actually bragging, while recipients react negatively to both the self-promotion and the attempt to mask it.”

In reality, you’re not only bragging, you’re lying about being a braggart. That’s worse.

So How Do You Communicate Success?

Follow these three rules and there’s a better chance that you won’t be making people want to work against you, but rather work with you to everyone’s betterment: 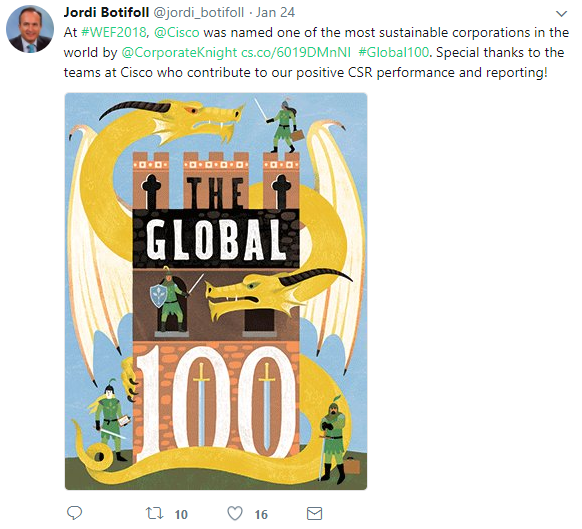 There is always someone behind an achievement that made it possible, whether that be coworkers, a boss, your parents, God, or your third-grade teacher. Someone gave you a chance, a shove, a lesson, or an encouraging word.

Sharing your spotlight with those who helped you makes your achievement shine brighter in their light. No one’s ever been dinged for thanking a teacher or a mentor or their mom.

When you talk about your achievements, don’t jump to the good part, start with the struggle. There were obstacles you overcame to get to where you are. Let people see how that happened.

You’ll notice life coaches and motivational speakers often build their speeches on a story model. Look at great small business or startup cheerleaders like Bob Proctor, David Meltzer or even the energetic Gary Vaynerchuk. You are inspired at the end of their speeches because you know they are successful and you could be too, but how did that happen? They told you a story about what led to their success. 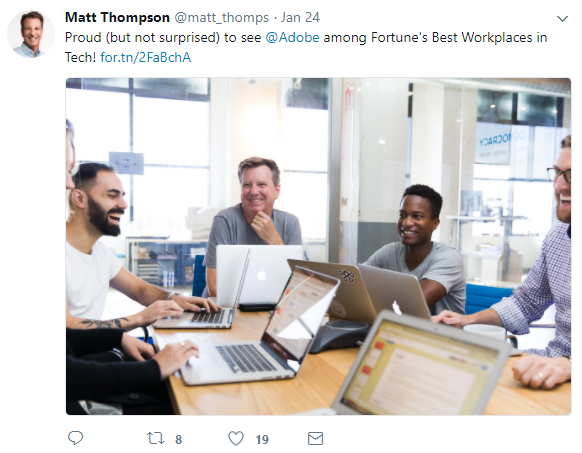 It’s OK to be excited when something wonderful happens. Be real with people, and they will recognize your authenticity. Authenticity breeds trust, support, and the recognition we all crave.

The easiest way to get comfortable sharing your successes in social media is to follow other leaders and watch how they do it. We’ve included some examples here, and you can see plenty of others if you follow senior executives who are active on LinkedIn and Twitter. Check out our other blog posts to get lists of executives who are worth following.

And share your successes with us – we’ll be happy for you!